Without the Russian military, the world in Transnistria could be shaken, experts interviewed by Izvestia are sure. The official representative of the Russian Foreign Ministry, Maria Zakharova, announced the high efficiency of the stay of our peacekeepers in the region. So she responded to the statement of NATO Secretary General Jens Stoltenberg, who supported the position of the new President of Moldova, Maia Sandu, on the need to withdraw their contingent from there. Now the conflict is considered reliably frozen; not a single shot has been fired there in decades. What forces the Russian military have in the unrecognized state today and how they can be helped in the event of a radical aggravation of the situation, the military historian Dmitry Boltenkov figured out.

Anatomy of a grouping

On December 1, NATO head Jens Stoltenberg said that the deployment of Russian peacekeepers in Transnistria (PMR) is a violation of the territorial integrity of Moldova. In turn, Russian Foreign Minister Sergei Lavrov and Senator Alexei Pushkov called this position dangerous and irresponsible. 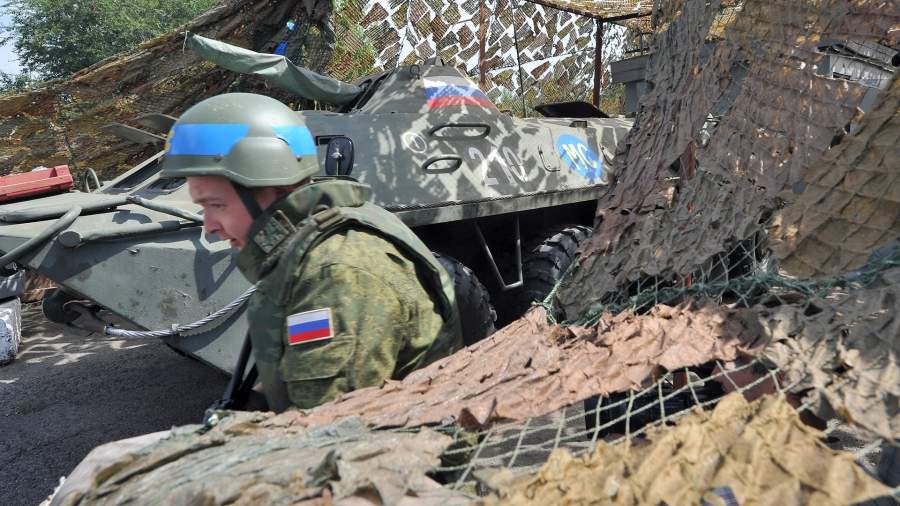 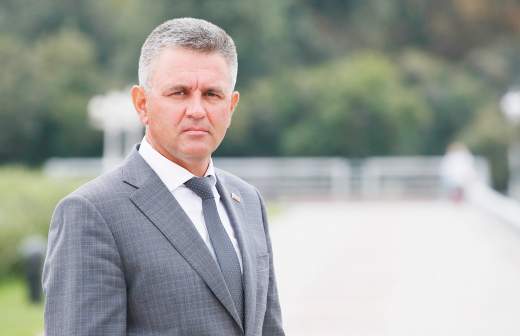 “As long as the Russian peacekeeper is on the Dniester, there will be no war.”

– On July 21, 1992, when the trilateral agreement was signed, our peacekeepers entered Transnistria, and all this time they ensured a conflict-free existence. In the early stages it was very difficult, they prevented many provocations. The peacekeepers coped with their mission. Everyone is used to it. If they are withdrawn, the guarantees of peace in Transnistria may be shaken. This is dangerous for the geopolitical situation in the region, ”Inna Vetrenko, head of the Department of Management and Social Technologies of the North-West Institute of the RANEPA, told Izvestia.

In 1995, in order to streamline the actions of peacekeepers in the PMR, a group of Russian troops was deployed in the Transnistrian region of the Republic of Moldova (OGRV PRRM). It was based on the units and subdivisions of the 14th Combined Arms Army. In addition to the peacekeeping mission, the group also solves other tasks. One of them is the protection of the world’s largest artillery ammunition depots in the village of Kolbasna, 150 km from Tiraspol, the capital of the unrecognized state. In addition, peacekeepers from the Russian Federation are on duty at posts in the central and southern parts of the security zone separating Moldova and the PMR.

Over time, the number of Russian troops in the PMR has greatly decreased. Initially, it reached 5 thousand people and included combat helicopters. Now it is estimated at approximately 1,000 servicemen without heavy weapons.

The core of the grouping is made up of two motorized rifle battalions. They are equipped with BTR-70 armored personnel carriers. The military has no tanks, artillery and anti-aircraft missile systems at its disposal. 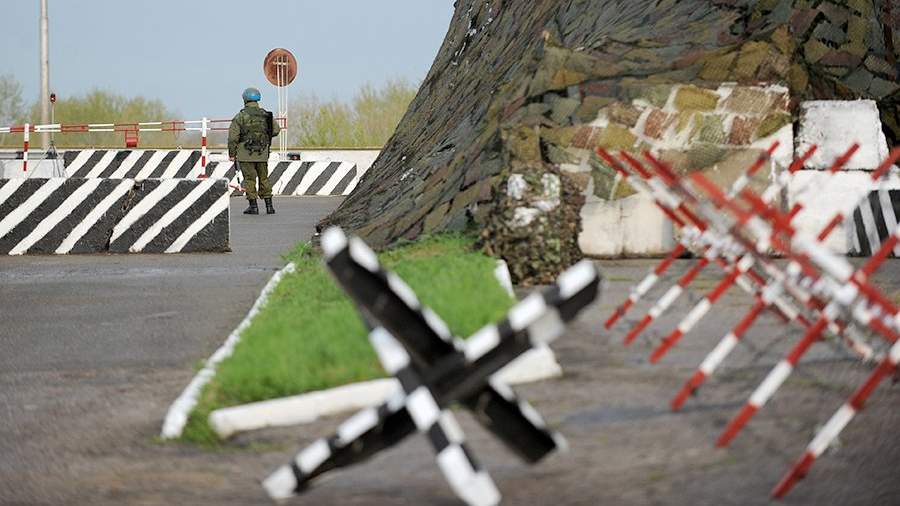 Motorized rifle battalions take turns on duty in the security zone. Their rotation period is one year. While one of the battalions is carrying out peacekeeping tasks, the second is engaged in combat and special training at the point of permanent deployment. In addition to them, the OGRV PRRM includes a logistics battalion and a warehouse guard company. The headquarters and main base are located in Tiraspol. 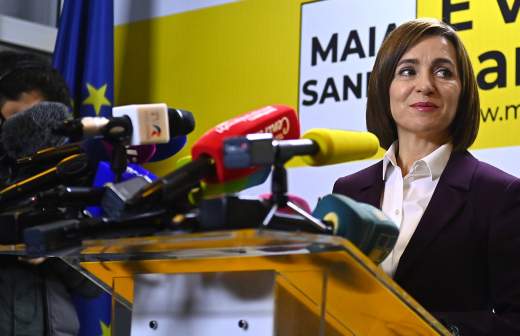 All-round game: how Maya Sandu will change the relations of Moldova with the Russian Federation The country was headed by a pro-European candidate, and Moscow has already recognized this result

Currently, the conflict is considered reliably frozen. Largely due to the presence of Russian troops, no shots have been heard there for several decades, and ammunition depots remain intact. But there is still no political solution to the Transnistrian issue, and there is no progress in this direction. The experience of Karabakh, South Ossetia and Abkhazia demonstrates that such a situation is unstable and capable of again leading to hostilities.

Earlier, there were several problems with the access of peacekeepers to the territory of the PMR. This does not allow re-equipping the group with modern weapons or taking out ammunition from Kolbasna for disposal. Back in May 2013, at that time, the Assistant Minister of Defense of Russia Valery Yevnevich stated that the Russian peacekeepers in Transnistria were operating in conditions of a transport blockade from Moldova and Ukraine.

The situation with transportation through Ukraine was further complicated in 2014, and since 2015, the country has officially denounced the agreement with Russia on the transit of military personnel and their cargo to Transnistria. Flights of military transport and passenger aircraft were also blocked. Men from the PMR with Russian passports can no longer enter Ukrainian territory with them. 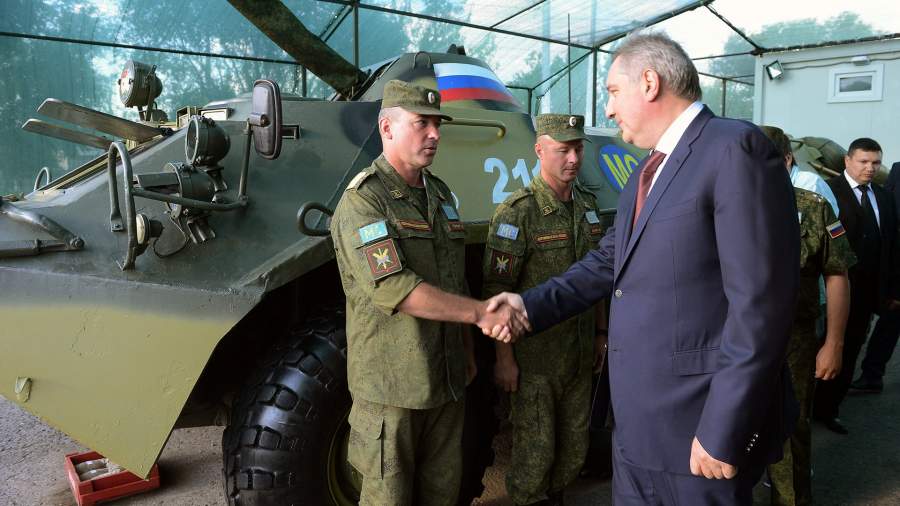 Dmitry Rogozin, special envoy of the President of the Russian Federation for Transnistria, during a visit to Moldova. 2016 year

Periodically, there are also proposals in Ukraine for closer military cooperation with Moldova and even direct armed support in the event of a resumption of the conflict. 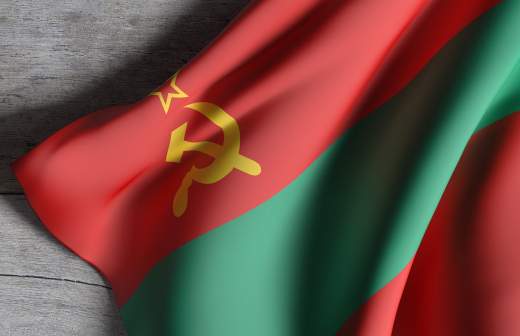 Union it: Moldova is ready to give up Transnistria Chisinau is thinking about giving up the republic for the sake of joining the European Union

The rotation of military and civilian personnel, as well as visits, are now conducted through the airspace of Moldova and under its full control. So, in 2017, even a plane with the special representative of the President of the Russian Federation for Transnistria, Deputy Prime Minister Dmitry Rogozin and an official delegation, was not allowed in Transnistria.

“Further prospects depend on who will support the initiative of Chisinau,” said Inna Vetrenko. – Without active assistance from the EU and NATO, Moldova will not be able to influence the situation with the peacekeepers. By itself, this statement speaks of a foreign policy course. He will actually be anti-Russian.

But they cut the branch on which they are sitting, the expert said.

This year, Transnistria has filed complaints with international organizations. According to representatives of the PMR, Ukraine and Moldova jointly blocked the flow of even humanitarian supplies to the unrecognized republic, including those intended to fight the coronavirus.