More than a hundred servicemen from Russia and Turkey will monitor the ceasefire in Nagorno-Karabakh around the clock in real time. And also to consider issues related to violations of peace agreements. Izvestia attended the opening of the joint monitoring center and, in particular, learned what tasks the drones of the two countries will solve. And why does the center have two chiefs at once? 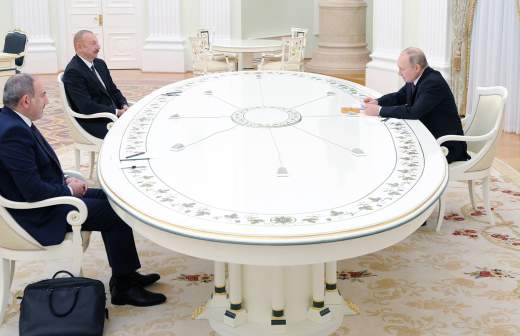 Moscow approach: how the talks on Karabakh ended in the Kremlin Leaders of Azerbaijan, Armenia and the Russian Federation signed a new joint statement and expressed confidence in resolving differences

At the very edge

The Joint Russian-Turkish Center (SRTC) is located on the territory of Azerbaijan in close proximity to the line of contact between the parties. The place of his deployment is the village of Marzili, Aghdam region. There are only several tens of kilometers from SRTC to Stepanakert, Shushi and Lachin corridor.

The decision to form the center was made immediately after the ceasefire in Nagorno-Karabakh. On November 11, 2020, the heads of the military departments of Turkey and Russia signed a memorandum on the establishment of the Joint Russian-Turkish Center to Control the Ceasefire and All Military Operations in the Nagorno-Karabakh Conflict Zone. As Defense Minister Sergei Shoigu noted at the time, the SRTC “will form a solid foundation for the settlement of the long-standing conflict.”

The importance of the work of the SRTC can hardly be overestimated. Thus, in his speech, Alexander Fomin stressed that the conflict in Nagorno-Karabakh was the longest and bloodiest in the post-Soviet space. And his Turkish counterpart Yunus Emre Karaosmanoglu noted that Moscow and Ankara already have a successful experience of joint actions to maintain peace, in particular, in Syria. 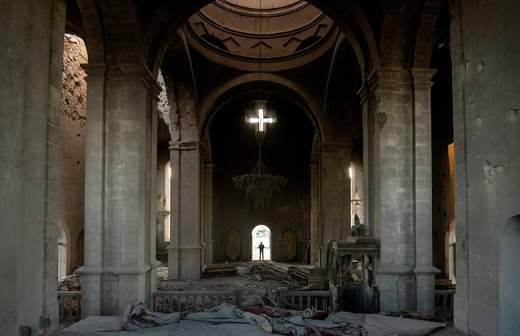 A temple to the rescue: UNESCO experts are not allowed to visit churches in Karabakh Catholicos of All Armenians Garegin II said about the threat to monuments of historical and cultural heritage in this region

– Our task is to control the regime of observance of fire and all hostilities on the line of contact of the parties. The center is provided with the necessary weapons and military equipment, as well as material resources, ”Colonel Zavalkin, a representative of the Russian part of the SRTC, told Izvestia.

The construction of the center itself, as well as the infrastructure and residences of Russian and Turkish servicemen, was undertaken by Azerbaijan. All technical work took about a month. During this time, in a field near the village of Marzili, a site was asphalted, where then several dozen module houses were placed.

The Russian contingent consists of 60 people, the same number from the Turkish side. It is noteworthy that the joint center does not have a single head. The Russian and Turkish contingents have their own commanders and staffs. Therefore, the territory is invisibly divided into two parts. On the right – “Russian”, on the left – “Turkish”.

The main “weapon” of the SRTC is unmanned aerial vehicles (UAVs). 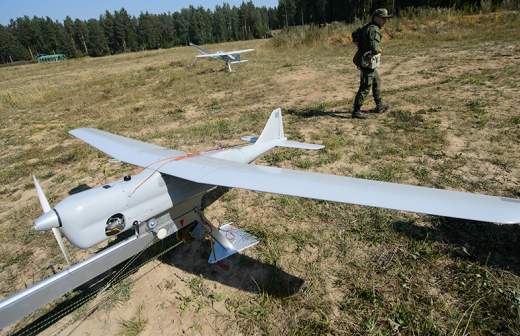 – We are monitoring the situation on the line of contact with the help of UAVs such as “Orlan-10” and “Outpost”. The launch sites for our drones are near the center. But the Turkish side plans to use Bayktar-type drones for monitoring, Colonel Zavalkin said.

According to the interlocutor of Izvestia, the capabilities of modern Russian drones make it possible to monitor the situation on the front line day and night in any weather conditions.

Information from the UAV is sent to the headquarters of the Russian contingent, where it is processed and further transmitted to the monitoring center. Military personnel of the two countries are on duty there around the clock. There are also two offices here: one of the Russian general, the other of the Turkish.

It is the duty shift of the monitoring center that decides what to do in a situation when the truce is violated. The SRTC command has the broadest powers in this matter. For example, you can contact the command of the Russian peacekeepers or go straight to the defense departments of Armenia and Azerbaijan. 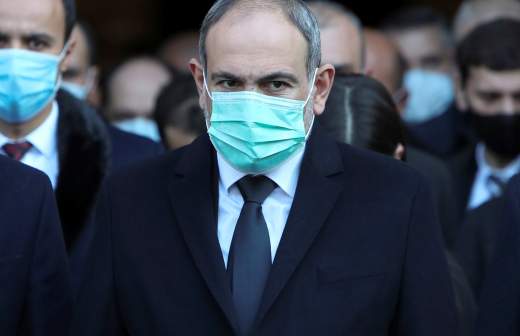 Shaky opposition: will Nikol Pashinyan be able to keep his post Discontent with the policy of the Armenian prime minister continues to grow in Yerevan

Now the Russian contingent is manned mainly by the military personnel of the Southern Military District. It includes not only operators of unmanned systems, but also experienced “staff officers”, translators, as well as specialists in the field of communications, logistics, etc. The term of a business trip is 60 days.

According to Colonel Zavalkin, the change of the Russian headquarters and the monitoring center lasts half a day, the watch starts at 9 and 21 o’clock.

Azerbaijan is very well aware of the importance of the center, as well as how difficult it is to serve there. Therefore, the national military department tried to organize maximum comfort for the Russian and Turkish military, took upon itself all the issues of material and technical support.

The soldiers live in three-room modules. Two rooms have sleeping places for two people. In addition to beds, they have TVs, split systems, refrigerators and wardrobes. The third room is a combined shower and toilet. Also on the territory of the SRTC there are leisure modules, as well as prayer rooms. There is also a well-equipped medical center.