Within a month, the UEC-Kuznetsov enterprise will deliver to the customer another batch of NK-32 engines of the second series for the modernized Tu-160M ​​strategic missile carriers. This was announced by the Deputy General Director – Managing Director of “UEC-Kuznetsov” Alexei Sobolev on Wednesday, December 23. 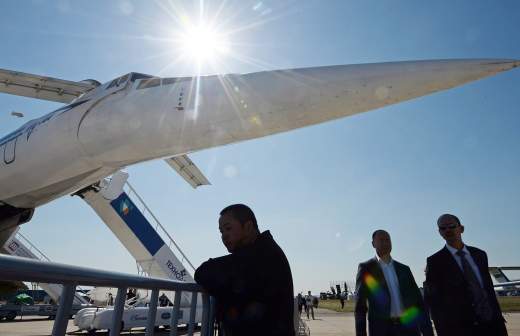 The illusion of opportunities: why do we need a supersonic passenger aircraft Will the new development of the domestic aviation industry be able to strengthen its position on the market?

“Now the next engines are being tested and are being prepared for handover to the customer. At the turn of December-January we will transfer the next batch of engines, ”TASS quoted him as saying.

He noted that the first shipments of the latest gas turbine engine were made in August and October 2020.

“Now the production is organized in such a way as to systematically, in the interests of the customer, to carry out supplies in the volume necessary for them (customers – Ed.),” Sobolev summed up.

A few days ago it became known that the Russian Ministry of Defense plans to begin state tests of the modernized Tu-160 strategic missile carrier in 2021.

In November, at the airfield. S.P. Gorbunov, the first flight of the deeply modernized Tu-160M ​​bomber-bomber with new serial NK-32-02 engines took place.

According to the crew, the flight took place in normal mode, the systems and equipment worked flawlessly, writes Gazeta.ru.