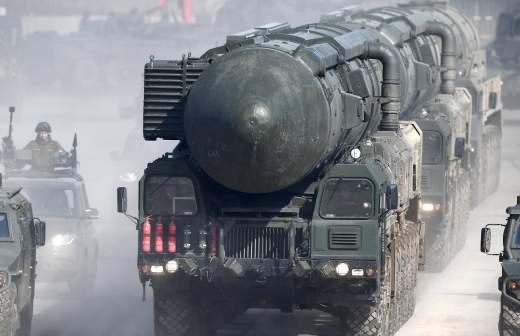 Repeating “Yars”: what kind of missiles Russia is building Over six years, the military received more than 200 strategic delivery vehicles

Currently, the Strategic Missile Forces have seven types of missile systems, of which four are stationary silo-based – Voevoda, Stilet, Topol-M and Yars – and mobile-based – Topol, Topol -M “and” Yars “.

Earlier, on December 13, the commander of the Strategic Missile Forces Sergei Karakaev said that by the end of 2020, three regiments with intercontinental ballistic missiles would be put on alert.

On December 15, a missile regiment with Yars took up combat duty in a division near Barnaul, the Zvezda TV channel reported.

Yars is a mobile and silo-based strategic missile system. It can hit targets at a range of up to 11 thousand km, is equipped with a multiple warhead with maneuvering individual guidance units.