Two anti-submarine aircraft Tu-142 of the Northern Fleet performed a planned flight over the neutral waters of the Arctic Ocean. This was announced on Saturday, November 21, by the press service of the fleet. 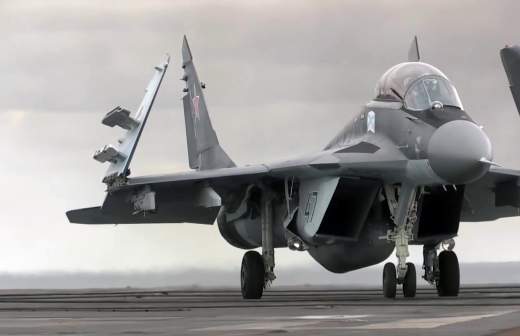 Wings of the Arctic: how Russian planes and helicopters returned to the North By the end of next year, the basis of a domestic air group will be created in the Arctic

“The route ran over the waters of the Barents and Kara Seas, as well as over certain areas of the Laptev Sea. During the flight, in addition to solving patrolling tasks, the pilots carried out reconnaissance of the ice situation, data on which greatly facilitate navigation along the Northern Sea Route, ”the press service noted.

The flight duration of the Tu-142 was about 12 hours, during which time the aircraft covered more than 7 thousand km.

In September, the Tu-142 of the Russian Navy performed an observation flight over the Black Sea. On the route, he was accompanied by Su-30SM fighters of the Black Sea Fleet.

At the end of August, the Russian military took off several dozen aircraft, including the anti-submarine Tu-142, during the Ocean Shield 2020 exercise.