“Sevmash” will transfer to the Russian Navy a nuclear submarine (nuclear submarine) of project 885M (“Ash-M”) “Kazan” in 2021. This was announced on Thursday, December 31, at the press service of the enterprise. 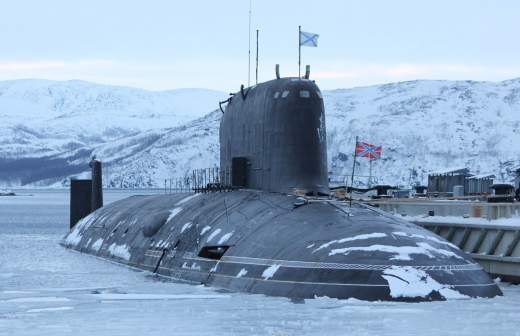 All “Ash”: submarines will aim “Zircons” on the enemy. The interaction of the nuclear submarine with frigates of the “Admiral Gorshkov” project will be worked out during the maneuvers of the Northern Fleet

“Sevmash” should transfer the nuclear submarine “Kazan” to the fleet, continue the construction of other nuclear-powered ships and repair the cruiser “, – the press service quoted the words of the general director of” Sevmash “Mikhail Budnichenko.

He noted that the enterprise has completed the production program this year. In particular, the Knyaz Vladimir nuclear submarine was handed over to the fleet, the Knyaz Oleg cruiser was taken out of the dock, two Yasen-M missile carriers were laid down, and the Admiral Nakhimov ship was repaired for a new stage.

The lead nuclear submarine of project 885M “Yasen-M” “Kazan” was launched three years ago, but its transfer to the fleet was repeatedly postponed.

Last week, Russian Deputy Defense Minister Alexei Krivoruchko said that every year until 2027, Sevmash will transfer one nuclear submarine of the Borei-A and Yasen-M projects to the Russian Navy, Gazeta.ru writes.

At the end of November, the Kazan nuclear submarine successfully fired from the White Sea as part of the final stage of state tests.