The Russian Navy has completed testing of the newest Project 22800 Karakurt small missile ship (MRK) Odintsovo in the Barents and White Seas, Izvestia sources in the military department said. 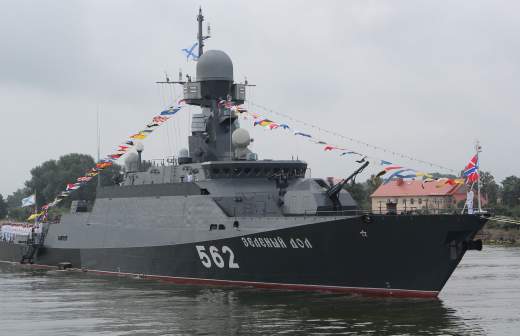 Small in the North: the Buyan-M missile ship has successfully passed the test “Zeleny Dol” made a voyage to the Barents and White Seas

According to them, the ship, sent to the northern latitudes in early August, completed the set of tasks assigned to it and a few days ago had already returned to St. Petersburg.

In turn, the ex-chief of the Main Staff of the Navy, Admiral Valentin Selivanov, told the publication that the tests of small ships took place, including in difficult weather conditions, in particular, the military watched how the weapon works in rough seas of five to seven points.

“In the event of an aggravation of the situation in the North, if there are large enemy forces, MRK can be transferred there from the Baltic Sea,” he said.

At the same time, Selivanov explained that there is no necessary space in the Baltic for the ships to carry out missile launches, so they went to the northern seas to test the weapon systems of the RTOs.

Coming from the north: “Karakurt” successfully tested in the Arctic