The prototype of the newest helicopter for the Russian Navy “Lamprey” will be created in five years. This was announced on September 29 by the general director of the Russian Helicopters holding, Andrey Boginsky. 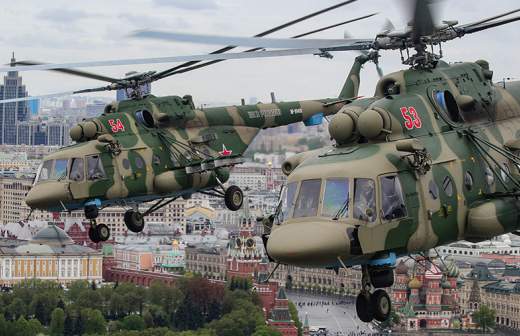 Under the roof of their own smoke: special forces helicopters will receive reliable protection The curtain will cover the landing and evacuation of combat units

“In five years we will be able to create the first flight prototype that will be ready to make the first hover. I would be careful to say that we will receive a prototype in 2025 or 2026. This is a large complex of works that Russian Helicopters are carrying out in cooperation with other enterprises of Rostec, – Boginsky said in an interview with RIA Novosti.

The contract for the development work on the creation of the promising deck-based Minoga helicopter was signed by the Ministry of Defense and the Russian Helicopters holding within the framework of the Army-2020 forum.

The new helicopter is designed “for aviation support for the combat operations of the modern Russian Navy in any theaters of military operations, including high latitudes” and is intended to replace the Ka-27 / Ka-29 anti-submarine aircraft, Interfax reports.

Earlier on the same day, it became known that tests of a prototype of the modernized heavy military transport helicopter Mi-26T2V will be completed in 2021.

In early August, the Ministry of Industry and Trade of Russia reported that a prototype of the modernized Ka-52M Alligator helicopter made its maiden flight.