The forces and assets of the Russian Northern Fleet are watching a detachment of NATO warships that entered the Barents Sea. This was reported on September 8 at the National Center for Defense Management (NTSUO) of the Russian Federation. 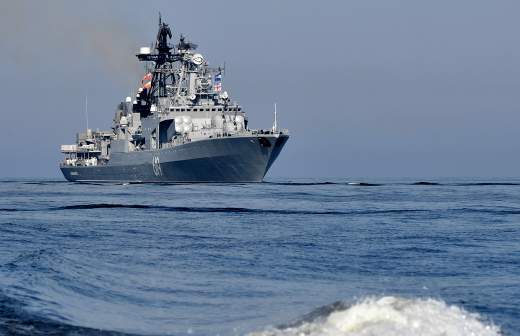 Ice shield: how the power of the Northern Fleet of Russia is increased The main task of the Federation Council is to control and contain NATO forces all the way to the Baltic

“The forces and means of the Northern Fleet have begun to monitor the actions of a detachment of warships of the NATO Naval Forces, headed by the US Navy destroyer URO (missile defense) Ross, which entered the Barents Sea on September 7, 2020,” Interfax reports.

Earlier, on September 8, it became known that NATO would conduct a naval operation in the Arctic Circle, aiming at demonstrating free navigation in the region. The operation will be led by ships of the British Navy.

On September 5, Russian Defense Minister Sergei Shoigu drew attention to the fact that for the first time since the Cold War, a detachment of NATO naval warships was deployed in the Barents Sea. He said that the desire of the North Atlantic Alliance to demonstrate strength by increasing the intensity of the bloc’s reconnaissance activities near the Russian borders causes Moscow’s concern.