Air command posts, also known as “Doomsday aircraft”, will be transferred from the Il-80 to the Il-96-400M, TASS writes on October 14, citing sources in the aircraft industry. 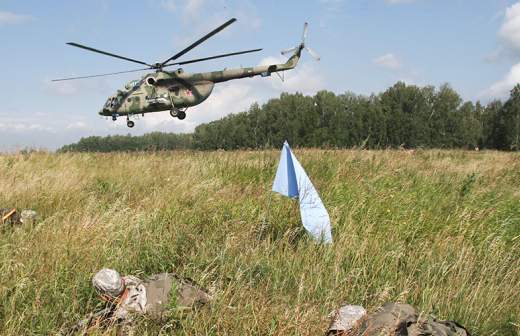 Plant in the field: Aerospace Forces will be able to equip airfields in any terrain Special airfield engineering battalions will appear in each air army

According to the agency, the replacement will significantly increase the time of combat duty of the air command post in the air and increase the coverage area of ​​command and control.

The nickname “Doomsday planes” was given to the air command and control centers in the United States. The Americans believed that it was them that Russia would use in the event of a nuclear war, if the ground points were destroyed.

In the USA, the functions of such points are performed by the E-4B based on the Boeing 747.

On October 8, Izvestia wrote that the Russian aerospace forces would receive a “flock” of unmanned fighters. In the next two years, three more heavy UAVs S-70 “Okhotnik” will be built.