The Russian military has completed testing a new remote mining engineering system “Agriculture”, which has already received the name “rocket minefield” in the army. She will begin to enter service with the brigades and regiments of the engineering troops from the beginning of 2021. 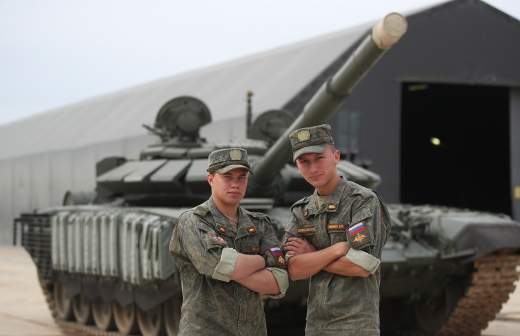 Alignment with the “first”: who and how serves in the most famous regiment of the Armed Forces Guardsmen of the 1st tank Chertkovsky regiment master the newest T-72B3

The novelty is capable of creating minefields of the desired configuration at a distance of up to 15 km in a short time – it fires rockets that scatter mines in a given place. Corrected missiles allow the system to expose a minefield impenetrable to the enemy in a matter of minutes.

The tests of the engineering system were successfully completed within the framework of the Caucasus-2020 exercise, sources in the defense department told Izvestia. “Agriculture” was involved in the drawing of the final episode at the Kapustin Yar training ground on September 25 in the presence of Russian President Vladimir Putin and senior military leaders. A minefield installed by combat vehicles delayed the advance of the mock enemy’s reserves and limited their maneuverability.

In the 1970s, after testing, the military refused to adopt a similar system based on the Grad and Uragan multiple rocket launchers. The problem was the low accuracy of the systems of that time at large distances.

“Unlike traditional systems, the new system allows minefields to be laid at a higher speed and configuration according to the chosen program,” military expert Viktor Murakhovsky told Izvestia. According to him, the safety for the mine layer itself is sharply increased if he is forced to work on the routes of the advance of enemy troops.

“Agriculture” vaguely resembles the usual “Grad” or “Tornado-G” and has the same caliber of 122 mm. On each eight-wheeled armored chassis of “KamAZ” are mounted two packages of 25 missiles, loaded with mines. The range of their flight is from 5 to 15 km.

Read the full version in the Izvestia article:

Mine intentions: “Agriculture” is tested and goes into service