The newest patrol boat of the project 03 160 “Raptor” will be accepted into the Russian Navy on Saturday, November 14th. On the same day, by order of the commander-in-chief of the Russian Navy, Admiral Nikolai Yevmenov, the boat will be included in the Navy, the press service of the fleet reported on Friday, November 13. 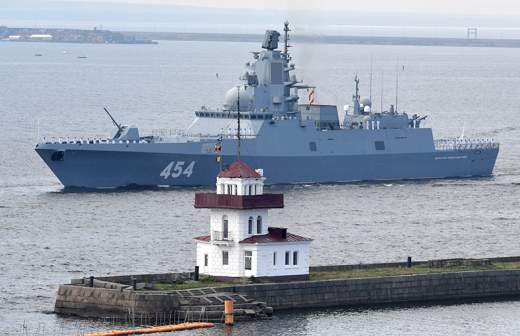 It will become the 17th boat in the Russian Navy. The ceremony of raising the Andreevsky flag on the Raptor will take place at the Pella shipyard in St. Petersburg, the Zvezda TV channel specifies.

Today the Raptor is the fastest and most maneuverable armed boat in Russia. These ships are on duty (patrolling), intercept and detain intruders, participate in search and rescue operations, and also transport military personnel of at least 20 people with weapons, ammunition and equipment.

The boat’s crew consists of three people. The Raptor is capable of speeds up to 50 knots. It has a total displacement of 23 tons, the greatest length is 16.9 m, its greatest width is 4.1 m, a fixed height is about 3.5 m, and the maximum draft does not exceed 0.9 m.

Earlier on the same day, it was reported that the large landing ship (BDK) “Pyotr Morgunov” project 11 711 completed the program of state tests.