The Russian Defense Ministry decided to keep the Project 956 missile destroyer of the Northern Fleet Admiral Ushakov for several more years, sources in the military department told Izvestia on December 21. 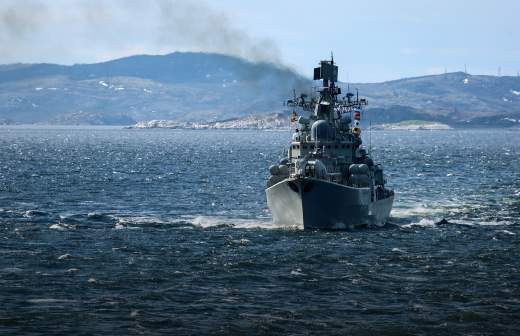 After a military campaign in 2018, due to technical problems that arose, the operation of the ship had to be stopped, and there was even talk of writing it off.

However, it was decided that after the renovation it will return to the sea at the end of next year.

Repair of the only destroyer of the Northern Fleet will be carried out at the Zvezdochka shipyard, during which engines, main components and mechanisms will be updated. Electronic systems will also be partially replaced.

Now “Ushakov” is part of the main strike force of the Northern Fleet – the 43rd division of missile ships. The heavy aircraft-carrying cruiser “Admiral of the Fleet of the Soviet Union Kuznetsov”, the heavy nuclear missile cruiser “Peter the Great”, the missile cruiser “Marshal Ustinov” and the lead frigate of the latest project 22350 “Admiral of the Soviet Union Fleet Gorshkov” are also assigned to it.

With a new move: the Northern Fleet will retain one of its most powerful ships