The Russian Ministry of Defense showed the first footage, which captured the mass airborne units of the Ivanovo airborne forces with BMD-4M combat vehicles.

The video captured all the stages of the landing: from loading the equipment to its safe landing. After the BMD-4M combat vehicles, the airborne units left the plane. 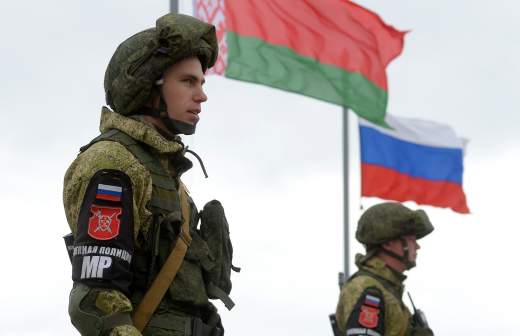 Army friendship: Russia and Belarus will hold a record number of exercises Countries are preparing for joint strategic maneuvers “West-2021”

In total, during the training in the Kostroma region, more than 650 parachute jumps were made from the Il-76MD.

“The interval between personnel separation from the aircraft during the landing was 0.7 seconds at an aircraft speed of more than 360 km / h,” the ministry said under a video posted on YouTube.

In the fall of 2021, military exercises in Russia will continue with the participation of Belarus. Countries have planned a record number of exercises for August-September this year. Combined training will be sapper units, logistics agencies, military police and commandant units of the two states.

According to Izvestia’s sources, these exercises will become one of the most widespread in recent years. From the Russian Armed Forces, they will mainly involve the troops of the Western Military District.

The main task of the training is to prepare the army units of the two countries for this year’s largest maneuvers “West-2021”, which will be held at the training grounds in Russia and Belarus from September 10 to 16.