1,960 Russian peacekeepers, as well as 90 armored personnel carriers, 380 units of automobile and special equipment, will be deployed on the contact line in Nagorno-Karabakh, the Russian Defense Ministry reported on November 10. 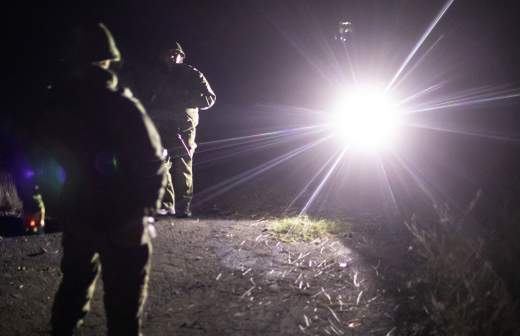 It is noted that the Russian peacekeepers will be delivered to Karabakh from the Ulyanovsk airfield by Il-76 planes.

“To control the ceasefire and hostilities, the base of the Russian contingent will be the units of the 15th separate motorized rifle brigade (peacekeeping) of the Central Military District,” reads a statement from the Ministry of Defense, which Izvestia has.

In addition, Russian observation posts will be set up along the line of contact and along the Lachin corridor to monitor compliance with the agreements.

The command of the Russian peacekeeping forces will be deployed in the capital of the unrecognized Nagorno-Karabakh Republic, Stepanakert.

According to Izvestia, on November 9, units of the 102nd military base entered the concentration areas and were awaiting a command to take part in the peacekeeping operation. At the same time, the advance of the troops was covered by Mi-24P helicopters, one of which was shot down by Azerbaijani forces over Armenia.

The President of Azerbaijan said in his address on the cessation of hostilities that the RF peacekeepers will be deployed for five years with the possibility of automatic extension for next five-year periods, if Armenia and Azerbaijan do not mind.

He also added that the Turkish military will carry out the peacekeeping mission together with the Russians.

According to Putin, the Azerbaijani and Armenian military will remain in their positions, the parties will exchange prisoners and bodies of the dead.

According to Aliyev, the adopted decision puts an end to the Karabakh conflict, and Baku has achieved all the desired results.

In turn, Pashinyan called the peace agreement a difficult but necessary measure.