The method of camouflaging ground mobile objects from radar satellites was patented by the Budenny Military Academy of Communications of the Russian Ministry of Defense. On Thursday, October 22, RIA Novosti reports with reference to the Rospatent database. 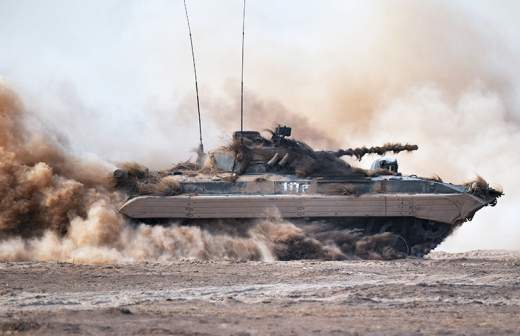 Armor of your choice: the Ministry of Defense will unite Terminators and Berezhki The newest Russian tanks and combat vehicles will be reduced to regiments and brigades

The authors of the invention propose to spray clouds of a special aerosol along the route of mobile objects, which can be monitored by reconnaissance satellites of a potential enemy.

What specific mobile objects can be hidden from satellites in this way is not named in the patent, but it is known that Russia has mobile ground complexes with intercontinental ballistic missiles.

On the eve of the CNN TV channel, referring to satellite images of Planet Labs, reported that Russia is allegedly preparing to resume testing of an unlimited-range cruise missile with a nuclear power plant “Burevestnik” at a test site on the Novaya Zemlya archipelago. The photographs show the landfill in the village of Pankovo. Commenting on this information, the press secretary of the President of Russia Dmitry Peskov urged to treat the message of the TV channel with a big gap in confidence.