American strategic bombers B-52H Stratofortress practiced airstrikes against Russia during the Allied Sky exercise on 28 August. Sergei Surovikin, Commander-in-Chief of the Russian Aerospace Forces (VKS), spoke about this at a briefing for foreign military attachés on September 11. 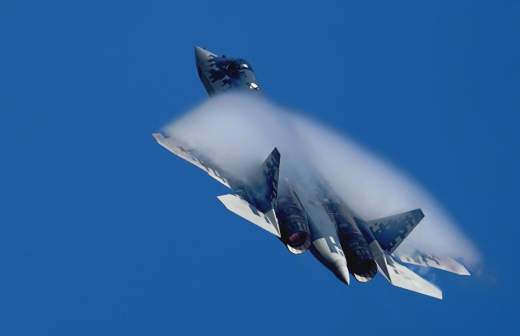 According to him, the crews of strategic bombers conducted training in the use of air-launched cruise missiles at targets in Russia from the airspace over the central part of the Black Sea and Estonia.

The commander-in-chief added that the training of the B-52N near the borders of Russia “are hostile and provocative in nature.”

Surovikin also said that Ukrainian Su-27 and MiG-29 fighters interacted with American B-52H bombers, which flew over the territory of the Netherlands, Germany, Poland and Ukraine on September 4. He expressed the opinion that the flights of any military aircraft over Ukraine “do not contribute to the relaxation of tension in the region.”

“The actions of the US Air Force and NATO fundamentally contradict the statements of the officials of the alliance about the desire to avoid incidents during the training activities. They can be avoided only due to the high level of professional training of the pilots of the Russian Aerospace Forces, ”TASS quotes him as saying.

On September 4, the Russian National Defense Control Center reported on an attempt by three US Air Force B-52H bombers to approach the Russian border over the Black Sea, as well as on the interception of one B-52H over the Baltic and Black Seas in late August.

According to the commander-in-chief of the Russian Aerospace Forces, the B-52H was detected with the help of an over-the-horizon radar station at maximum range, which made it possible to “quickly target fighters” from the air defense duty forces – Su-30SM and Su-27 to intercept, escort and prevent airspace violations our country.

He stressed that the short-term attempts of American brmbarders to approach the borders of Russia were timely blocked by Russian fighters. Aviation incidents were not allowed.

The fact that US bombers and Allied aircraft will fly over 30 NATO countries in one day as part of the Allied Sky mission, was reported at the headquarters of the Estonian Defense Forces on August 28. It was noted that this will be done to demonstrate solidarity with the alliance, increase preparedness and provide training opportunities.