State tests of promising combat vehicles of the Kurganets-25 family are scheduled for the fall of 2022. This is stated in the message of the Ministry of Defense of the Russian Federation, received by Izvestia on September 9. 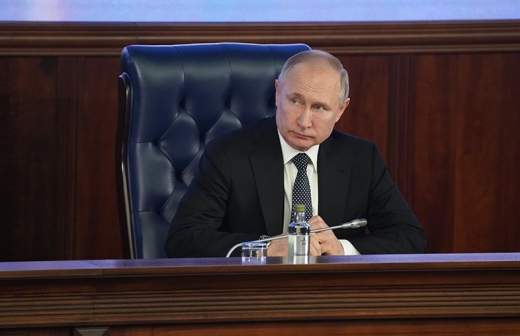 Making equipment: the president set tasks for the Ministry of Defense for the next year.The quality of domestic weapons should always be higher than world analogues

“State tests are a rather lengthy process <...> It includes, for example, endurance tests, that is, the engine must work out the prescribed number of engine hours. The undercarriage must travel a given number of kilometers without replacing the caterpillar tracks, and on different soils, ”said military expert Viktor Murakhovsky.

He noted that the equipment should be tested in the highlands, in extreme heat and severe frosts, and also to check the possibility of maintenance and repair in the field.

Judging by the schedule, preliminary tests of armored personnel carriers and infantry fighting vehicles of the Kurganets-25 family will take place from May to October 2021, and state tests will begin in November and should be completed in 12 months.

A key feature of the line of vehicles based on Kurganets will be the Afghanit active protection system installed on them. He detects and knocks down anti-tank grenades and missiles while approaching. The new generation of domestic armored vehicles should be the first for which such equipment will become standard.

The troops are in trial operation, there are several dozen units of a configuration that is not final. Their first parties were sent to the 2nd Guards Taman Motorized Rifle Division. It was they who became regular participants in military parades on the Red Square of the capital.

Also in February, Uralvagonzavod published a video of testing the AU-220M guided combat module for arming the Kurganets-25, as well as infantry fighting vehicles on the Armata and Boomerang platforms.

For more details, see the exclusive material of Izvestia:

At the foot of the “Kurganets”: the terms of state tests were set for the combat vehicle