The annual Russian-Belarusian tactical exercise “Slavic Brotherhood – 2020” will be held from 14 to 25 September. This is stated in the message of the Russian Ministry of Defense on September 14. 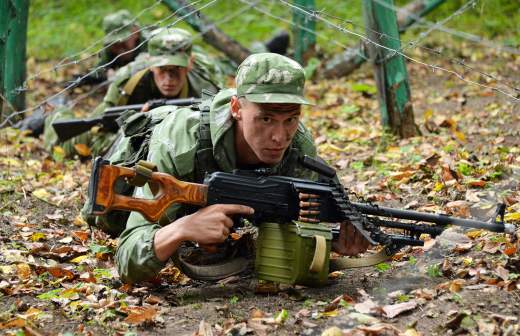 Tension of the “Caucasus”: the military will reduce the activity of exercises near the border The main elements of the September maneuvers will be transferred to training grounds inland

“In accordance with the plan of international activities for 2020, from 14 to 25 September, a planned joint Belarusian-Russian tactical exercise“ Slavic Brotherhood ”will be held at the Brestsky training ground in the Republic of Belarus,” the message says.

The statement says that units of the Pskov Guards Airborne Forces will take part in the exercises. The paratroopers of the two countries will work out the issues of cooperation between the units in the performance of tactical tasks.

About 300 servicemen and about 70 units of military and special equipment of the Guards airborne assault formation will take part in the exercise from Russia.

The decision to hold the exercise was made in October 2019.

It was planned that in the second half of September, at the Brestsky military training ground, under the leadership of the commander of the special operations forces of the Armed Forces of Belarus, planned joint Belarusian-Russian-Serbian exercises would be held, which are held alternately on the territory of one of the participating countries. In 2019, these exercises were held in Serbia, in 2018 – in the Russian Federation.

After these exercises, Belarus will take part in the Kavkaz-2020 strategic command-and-staff exercises in Russia.

On September 9, Serbian Defense Minister Aleksandr Vulin announced that the European Union had demanded that Belgrade abandon the upcoming exercises in Belarus. The Serbian government has decided to suspend military exercises with all countries for six months.