The Turkish military and members of the Russian military police held a joint training in Syrian Idlib, repelling a conditional attack by militants, said Yevgeny Polyakov, deputy head of the coordination center of the Idlib de-escalation zone. 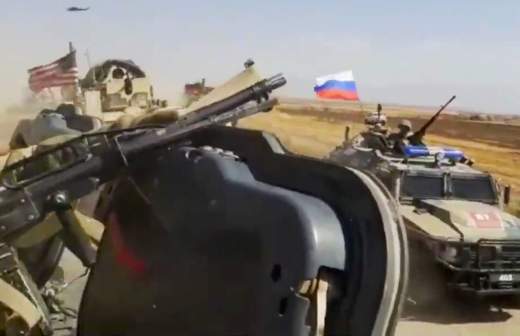 The patrol cannot be avoided: because of what the US armored car collided with the Russian one in Syria Four American soldiers were injured in the incident of military vehicles in Trans-Euphrates

He noted that the servicemen worked out the coordination of actions, the procedure for organizing communications on the route using special signals, assistance and evacuation of the wounded and equipment.

Polyakov stressed that the main goal was to work out interaction in the event of emergency situations, including during an attack by militants.

In March, Russian President Vladimir Putin and his Turkish counterpart Recep Tayyip Erdogan agreed on measures to resolve the situation in Syria. As a result, the parties agreed to conduct joint patrols in the area of ​​the Syrian-Turkish border in order to secure the movement of civilians.

On September 20, it became known that the United States will strengthen the contingent in Syria due to incidents with the Russian military.