Russian intercontinental ballistic missiles are capable, due to their new combat equipment, to overcome the American anti-missile defense (ABM) system. This was announced on Thursday, December 17, by the Russian military expert Igor Korotchenko. 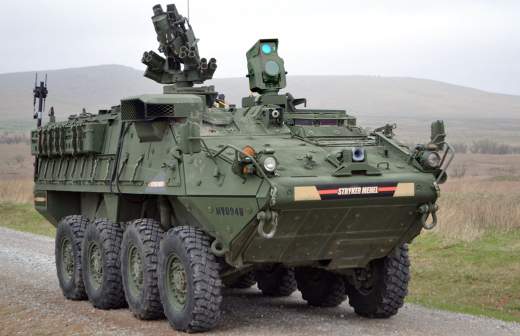 Brains in boots: the US military is mastering artificial intelligence What was interesting at the AUSA 2020 exhibition and conference

“Over the next 15–20 years, the United States will not be able to develop effective anti-missile interceptors. And at the moment when they try to create some kind of space, air, ground echelons, our means of overcoming missile defense will be even more improved, “Korotchenko said in a conversation with RIA Novosti.

He stressed that every Russian missile has such combat capabilities and they devalue all US missile defense efforts.

Both existing and promising missile systems adopted by Russia are guaranteed to overcome the US missile defense, the expert added.

In turn, Viktor Murakhovsky, a member of the expert council at the board of the Russian military-industrial complex, cited as an example the speed of the Russian hypersonic warhead Avangard, which prevents American anti-missile missiles from calculating their flight path and makes this weapon invulnerable to American missile defense.

“In the case of Avangard, the maneuver of an anti-aircraft missile behind the target is impossible for a simple reason – the speeds are wild. The target moves at a speed of several kilometers per second, so the favorite maneuver leads to such lateral loads that no rocket can withstand, ”Murakhovsky explained.

Earlier on the same day, Russian President Vladimir Putin admitted during a big press conference that there is an arms race between the United States and the Russian Federation, but the American missile defense system is not an obstacle for new types of weapons developed by Russian specialists.

He also added that Russia will prepare for the creation of hypersonic weapons by the United States and is already actively working on this.

On November 12, the American edition of The Drive evaluated the intimidating armament of the Russian Tu-160, Tu-95MS and Tu-22M3 bombers.

In May, the US military conducted laser weapons tests in the Pacific to destroy unmanned aerial vehicles.