The United Aircraft Corporation (UAC) on Friday, January 29, published footage of the assembly of the fifth-generation multi-functional fighter Su-57.

The press service of the corporation also reported on the implementation of the state order in 2020. According to the information released to the public, the first serial Su-57 was manufactured and handed over to the Russian Ministry of Defense as part of a state contract for the supply of 76 vehicles, which was reported to the head of the department, Sergei Shoigu.

“At the Komsomolsk-on-Amur Aviation Plant named after Yu.A. Gagarin, a branch of the Sukhoi company, work continues on the preparation and deployment of serial production. From 2021, it is planned to increase the rate of construction of this type of aircraft, ”the press service noted. 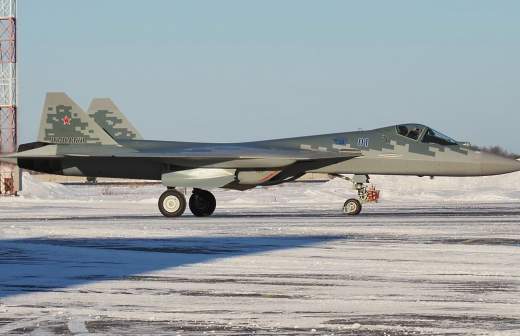 Difficult take-off: the Ministry of Defense finally received the first serial Su-57 Until 2028, another 75 newest fifth-generation stealth fighters will be built

On January 21, it became known that the first Su-57 entered one of the aviation regiments of the Southern Military District. The government of the Khabarovsk Territory added that according to plans for 2021, the aircraft plant in Komsomolsk-on-Amur will transfer four more such aircraft to the Russian Armed Forces. It was noted that by the end of 2024, the Aerospace Forces will have 22 Su-57 fighters.

The fact that the first fighter of the fifth generation, the Su-57, entered service with one of the air regiments of the Russian Aerospace Forces at the end of December last year, was reported by TASS, citing a source in the military-industrial complex.

Then it became known that the plane would be tested in Akhtubinsk before entering the air regiment.

The Su-57 is a fifth-generation Russian fighter designed to destroy all types of air, ground and surface targets. The car can reach speeds of up to 2.6 thousand km / h.