During the upcoming autumn conscription, it is planned to send 128 thousand people to the troops. This was announced on Tuesday, September 29, by the head of the Main Organizational and Mobilization Directorate of the General Staff of the Russian Armed Forces, Colonel-General Yevgeny Burdinsky. 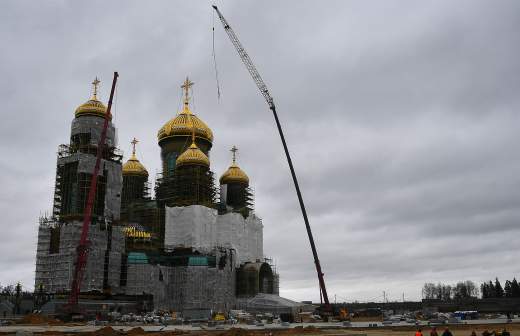 Sanitary conscription: the rules for alternative service are changing in the Russian Federation Russians who do not want to serve out of convictions will be able to get a civilian profession from 2021 at the main temple of the Armed Forces

“The autumn call-up will be held in all constituent entities of the Russian Federation. It is planned to send 128 thousand people to the troops this fall, “RIA Novosti quotes Burdinsky as saying.

He noted that the call for military service will take into account the accumulated experience in the spring campaign, which will help prevent the penetration and spread of coronavirus infection in the Armed Forces.

In particular, according to him, military commissariats have already been provided with a sufficient number of personal protective equipment.

Burdinsky recalled that during the spring draft, 135 thousand recruits were sent in separate trailer cars and on separate flights of military transport and civil aviation.

In July, it became known that in Russia the number of cases of evasion from military service by simulating illness or in any other way had almost doubled – by 1.7 times -, writes Gazeta.ru.

In addition, in the same month, the Constitutional Court of Russia issued a ruling according to which a citizen evading alternative service may be called up for military service.