Director of the Bureau of Military-Political Analysis, Alexander Mikhailov, in an interview with Izvestia on September 24, compared the combat capabilities of the American anti-tank missile system Javelin and its Russian counterpart Kornet.

The day before, on September 23, the Javelin ATGM did not work during the United Efforts 2020 strategic exercise in the Nikolaev region of Ukraine, which was attended by the country’s President Vladimir Zelensky. 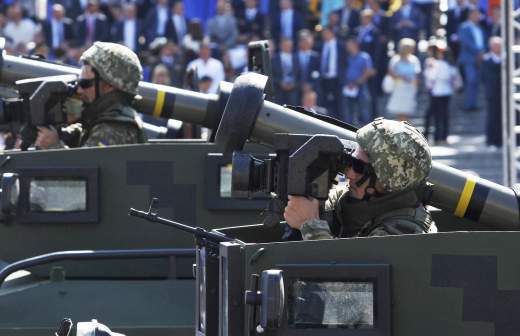 Missile package: why Kiev US anti-tank systems began production of Javelin for Ukraine

Javelin is a complex of the third generation, and the Russian analogue is of the second, said Alexander Mikhailov. However, “Kornet” compensates for this with its universal design and unpretentiousness, the military political scientist emphasized.

“The main difference between the Kornet is in the laser-guided missile guidance system, which the military themselves consider to be more practical,” said the director of the Bureau of Political-Military Analysis.

The American complex has the ability to “fire and forget”, that is, the missile independently finds the target and hits it.

At the same time, the “Cornet” operates at a distance of up to 10 kilometers, which is approximately 2-3 times higher than the effective capabilities of the Javelin ATGM, the expert said. “Cornet” also hits both armored vehicles and low-flying targets.

Another advantage of Russian weapons is the price. Javelin costs more than $ 1 million, while Kornet costs many times less for customers, Mikhailov concluded.

In June, the Ukrainian Embassy in the United States announced that Kiev would receive military equipment from Washington: walkie-talkies, ammunition, Javelin anti-tank missiles worth more than $ 60 million to counter “Russian aggression.”

In addition, on June 17 it became known that the United States is going to supply Ukraine with about 16 Mark VI patrol boats, weapons and military equipment. The total amount of the contract is about $ 600 million. The supply of other military goods in accordance with the agreements between the parties is envisaged in 2021-2022, RNS reports.

On June 12, the US Department of Defense announced its intention to provide Ukraine with military assistance in the current fiscal year in the amount of $ 250 million for reforms.