The Russian ambulance “Linza” aroused interest all over the world. This was announced on Wednesday, February 3, by the representative of the company-developer “Remdizel” Marat Rizvanov at the Aero India 2021 exhibition.

Rizvanov noted that India showed the greatest interest in the car, which can buy an ambulance for itself. 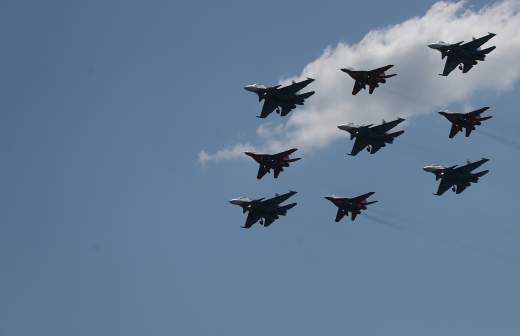 Propeller stroke: India expects MiG-29 and Su-30 to be delivered by the end of the year New Delhi plans to acquire Russian fighters despite threat of US sanctions

“This is an armored vehicle K-53949 Lenza. <...> “Lens” can be used to collect and remove the wounded from the battlefield, as well as a temporary hospital. The Indian side may be interested in such equipment, since several states have already shown interest in this machine, and we see its great export potential, “RIA Novosti is quoted as saying.

The “Linza” car was first demonstrated at the “Army-2018” forum. It is known that this armored car was made on the basis of the Typhoon chassis according to the tactical and technical assignment of the Ministry of Defense of the Russian Federation, which was worked out together with the medical service of the military department.

About 600 specialists from 14 countries take part in the Aero India 2021 exhibition in Bangalore.

According to Izvestia sources familiar with the situation on the arms market, the Indian partners are showing interest not only in our aircraft, but also in other domestic developments.

Another potentially large contract for the purchase of combat aircraft is the program of deep modernization of the Indian Su-30MKI fighter jets fleet according to the Super Sukhoi variant. According to the media of the republic, 222 out of 272 aircraft will be modernized, and 50 fighters of the first batch will remain in their original form.

There are also certain chances in the Indian Air Force tender for the purchase of six tanker aircraft. The Russian proposal in it is the Il-78M-90A. Leasing of these aircraft cannot be ruled out due to the financial constraints of the Indian side.