In Russia, the exoskeleton “Shieldik” is being created, designed to lighten the weight of heavy armored shields used by operatives during assaults. This was announced on Monday, September 28, in an interview with RIA Novosti by the deputy company-developer of this technology, Rostec – Trusted Platforms Robotic Complexes, Maxim Skokov. 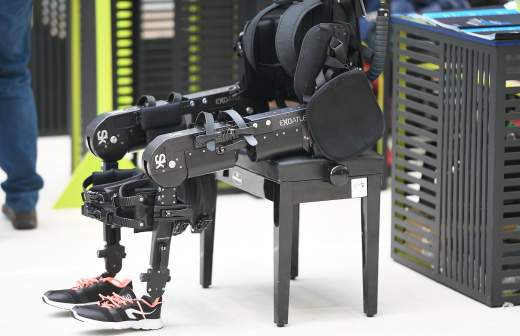 A walking skeleton: what Russian exoskeletons are capable of The volume of the world exoskeleton market last year amounted to $ 96.7 million

According to the expert, during the assault, an operative carrying a shield covers himself and his comrades behind him and calls fire on himself, thereby protecting other special forces.

“The weight of such a shield can reach up to 45 kg, the exoskeleton“ Shield ”allows to reduce this load,” he said.

To date, Skokov added, several experimental samples of the “Shield” have been created. The development has already become interested in the Russian Guard, the FSO and the FSB.

On September 22, Forbes journalist David Hambling compared the Russian military equipment “Ratnik” with the project of the US combat suit TALOS and came to the conclusion that Russia has made much further progress in the creation of the exoskeleton. In his opinion, the United States will not be able to create something similar in the near future and dress soldiers in “Tony Stark suits.”

“Ratnik” is designed to improve the protection of military personnel, as well as to increase their mobility, maneuverability and efficiency in the performance of combat missions. The equipment can withstand temperatures from -40 to +50 degrees, and also function autonomously for at least three days.