Russian President Vladimir Putin on Tuesday, September 1, announced that the creation of branches of the Nakhimov School has been completed in all Russian fleets. 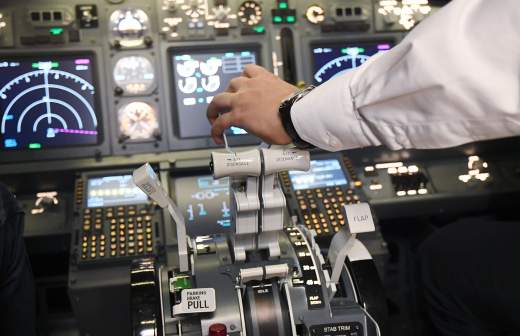 Normal pilot: what is wrong with training in flight schools According to the Prosecutor General’s Office, the human factor still dominates among the causes of plane crashes

“We have completed the creation of branches of the Nakhimov School in all Russian fleets. This is a big event related to the training of future personnel for the Russian Navy, ”Putin said during the All-Russian open video lesson.

He also noted that the Ministry of Defense coped with this task perfectly. According to the president, in the Nakhimov schools one can get not only the knowledge necessary for a modern person. They also provide patriotic education.

Cadets and graduates of schools will be able to effectively use new technical equipment and laboratories to gain knowledge not only in the field of naval affairs, but also broad knowledge in general, the president is sure.

On July 30, Putin instructed the Ministry of Defense to work out the issue of creating the Suvorov military school in Irkutsk. The President pointed out that it will be necessary not only to put in order the buildings and structures, but then to maintain them “appropriately”.