Tests of a prototype of the modernized heavy military transport helicopter Mi-26T2V will be completed in 2021, said on Tuesday, September 29, the general director of the Russian Helicopters holding, Andrey Boginsky. 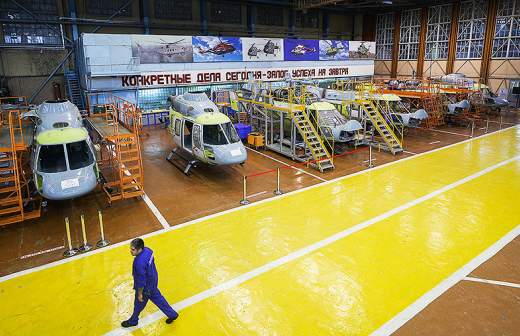 Taking off with the crew: the authorities admitted the shortage of helicopters in the country There is not enough equipment for search and rescue operations and medical aviation

“ROC (Development work – Ed.) On this machine is going on, we expect to receive the letter” O1 “in the first half of next year”, – quoted by RIA Novosti.

The assignment of the letter “O1” occurs after the approval of the design documentation for the device.

Earlier, Boginsky announced that the Mi-26T2V would be delivered to the Russian defense department in 2021.

The modernized Mi-26T2V is a heavy wide-body transport helicopter, its carrying capacity is 20 tons, the take-off weight reaches 56 tons. The helicopter is equipped with a modern integrated complex of onboard radio-electronic equipment NPK90-2V. This allows you to pilot the car at any time of the day with automatic flight along the route, exit to a predetermined point and approach.