Tank T-90M in the course of further modernization can receive an improved complex of active protection “Arena-M”. This was reported by TASS with reference to the materials of the 38th Scientific Research Testing Institute of Armored Weapons and Equipment (NII BTVT) of the Russian Ministry of Defense.

According to the research institute specialists, for the period up to 2025, the upgraded T-72B3M, T-80BVM and T-90M will maintain parity with the main battle tanks of foreign countries in terms of their capabilities and effectiveness. However, after 2025, the modernization of Russian tanks will need to continue. 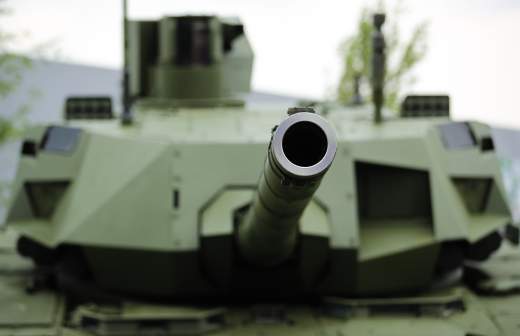 Keep the tank: military universities will recruit cadets for service on “Armata” Officers for the newest T-14 will be trained in Kazan and Omsk

According to the materials of the Institute, within the framework of further modernization to improve the security of the T-90M, it is proposed to equip the Arena-M active protection complex. In addition, in the front part of the hull, instead of the currently installed reactive armor “Relikt”, the tank should receive reactive armor similar to the T-14 “Armata”.

It is also reported that the sides of the hull will be reinforced with hinged ERA in rigid containers. Electromagnetic protection systems and a complex of counteraction to anti-tank guidance systems, an automatic fire-fighting system and a jammer will have to increase the survivability of the tank.

On September 21, American military expert Chris Osborne assessed the chances of the United States against Russia in the event of a military confrontation on land, noting that Moscow has twice as many tanks.

In March, it was reported that two Russian tanks at once entered the rating of the best in the world. Experts highly appreciated the capabilities of the T-14 Armata and the T-90M Proryv.