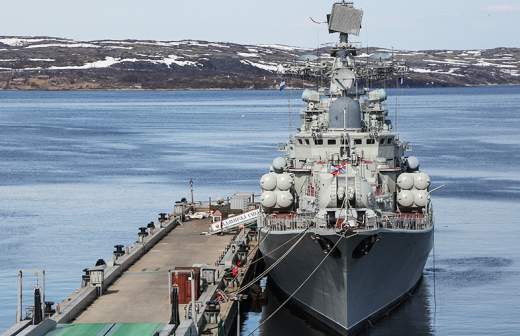 With a new move: the Northern Fleet will keep one of its most powerful ships Destroyer “Admiral Ushakov” will go to sea next year

He also noted that submariners will continue to carry out combat patrol and combat duty tasks in other areas of the World Ocean.

The admiral stressed that the main task for the fleet will remain to maintain the combat readiness of the naval strategic nuclear forces.

“Based on its mission, the group is kept in constant readiness to carry out the tasks of deterrence from unleashing aggression against the Russian Federation,” the message says.

As the press service of the Northern Fleet recalled, now the core of Russia’s naval strategic nuclear forces are ships of the 667BDRM Dolphin project, armed with Sineva intercontinental ballistic missiles, together with the new Borei, which are armed with the Bulava ICBM.

Earlier, on January 2, it was reported that the Northern Fleet plans to conduct an expedition in the area of ​​the Novaya Zemlya archipelago in the summer navigation of 2021. It was noted that the study of the Arctic will continue together with the Russian Geographical Society.

On December 21, Russian President Vladimir Putin signed a decree according to which, from January 1, the Northern Fleet became an interspecific strategic association performing the tasks of a military district.