The newest Russian nuclear submarine Kazan (the lead ship of the Yasen-M project) on November 23 successfully fired at a coastal target located at a distance of 1,000 km. This was reported by the press service of the Northern Fleet. 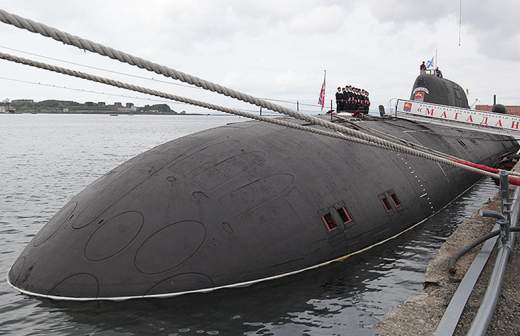 According to the “Shchuch” order: the repair time for the submarine “Magadan” has been revised The unique nuclear submarine of project 971 may return to service as early as next year

It is noted that the shooting as part of the final stage of state tests of the submarine was carried out by cruise missiles “Caliber” from the waters of the White Sea.

The target was located at the Chizha training ground in the Arkhangelsk region.

“During the time of going to sea, the crew will conduct a series of tests of ship systems and assemblies, as well as naval weapon systems,” the fleet said in a statement.

After the completion of the tests, the Kazan nuclear-powered missile submarine will be accepted into the Russian Navy.

On October 13, it was reported that the Orel submarine fired a Granit missile at a target in the Barents Sea. The shooting was carried out from a submerged position at a target position imitating a large surface ship of a simulated enemy.