The standard training program for pilots of the Su-34 generation IV ++ multipurpose aircraft will be expanded. Their crews will be taught how to conduct aerial combat at high altitudes and supersonic speeds, sources in the defense department told Izvestia. At the same time, the aircraft will use not only modern, but also promising medium and long-range aircraft missiles. Fighter capabilities will allow him to intercept enemy bombers and guided weapon carriers. The combat vehicle will be able to defend itself on its own, especially at long distances, when it is impossible to cover it with fighters, experts say. During the operation in Syria, these “dryers” already had to fly with weapons designed for air combat. 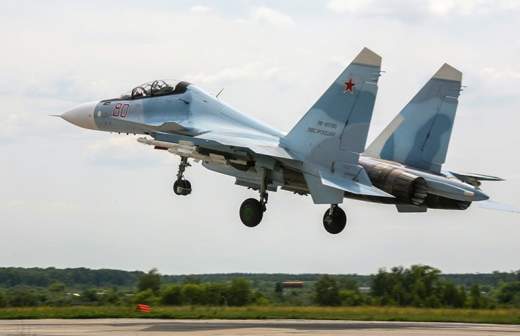 Previously, the Su-34 was used exclusively as a strike aircraft to destroy land and sea targets, cover other bombers with electronic warfare. The military reported only on rare exercises with the use of close air missiles by its crews and the installation of air-to-air weapons on them in Syria for self-defense.

On the eve of the press service of the Ministry of Defense said that in the Central Military District with Su-34 aircraft, training was conducted for the first time on action in the lower layers of the stratosphere. The pilots gained an altitude of 15 km and at supersonic speed worked out the detection and destruction of the air enemy. At the same time, they acted independently, without “prompts” from ground-based air defense systems. 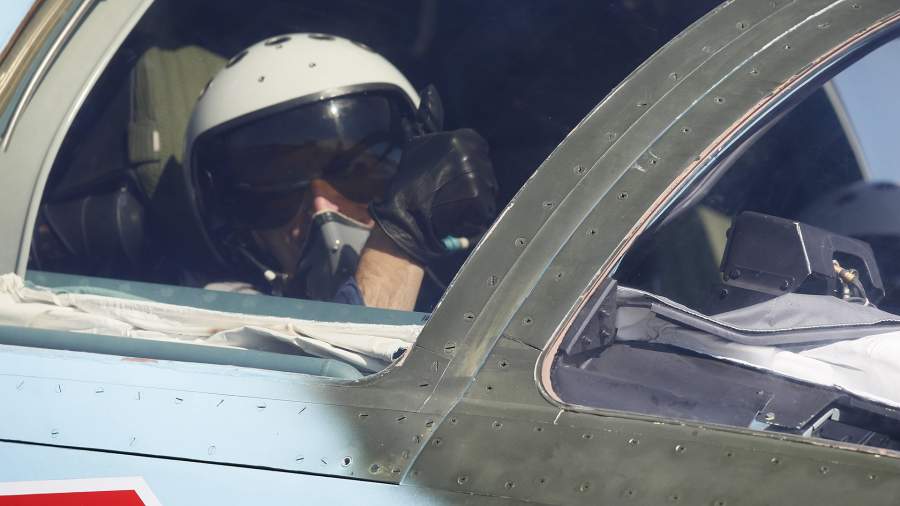 Unlike the Su-24M, the Ministry of Defense classifies the Su-34 as a fighter-bomber. It has been exhibited several times with the same air-to-air missiles as fighters. As part of its ammunition, the short-range infrared R-73 and the more powerful R-27 with semi-active radar guidance are declared. Information was also made public about the possibility of using the latest R-77 on them, capable of striking air targets at a distance of up to 110 km. 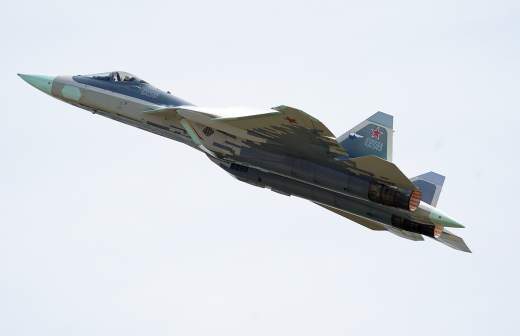 Now the Aerospace Forces have about 130 Su-34 units. This year, construction began on the first batch of 24 modernized aircraft of this type ordered by the Ministry of Defense. Among its differences, the developers declared more powerful and diverse weapons.

As Izvestia previously reported, a record contract for several thousand R-77-1 medium-range air-to-air missiles worth 66 billion rubles is being fulfilled. Its implementation will allow the defense department to eliminate the shortage of such ammunition and equip squadrons with them, armed not only with the latest Su-57 and Su-35 fighters, but also with other aircraft models.

“Despite the fact that the Su-34 is a front-line bomber with an increased range, it has the capabilities of a fighter,” Lieutenant General Valery Gorbenko, former commander of the 4th Air Force and Air Defense Army, told Izvestia. – There is nothing particularly difficult in this. Starting with the Su-17 aircraft, we have been practicing shooting at air targets.

Fighter-bombers will not perform air defense functions, but they will be able to defend themselves when performing combat missions, the expert added. 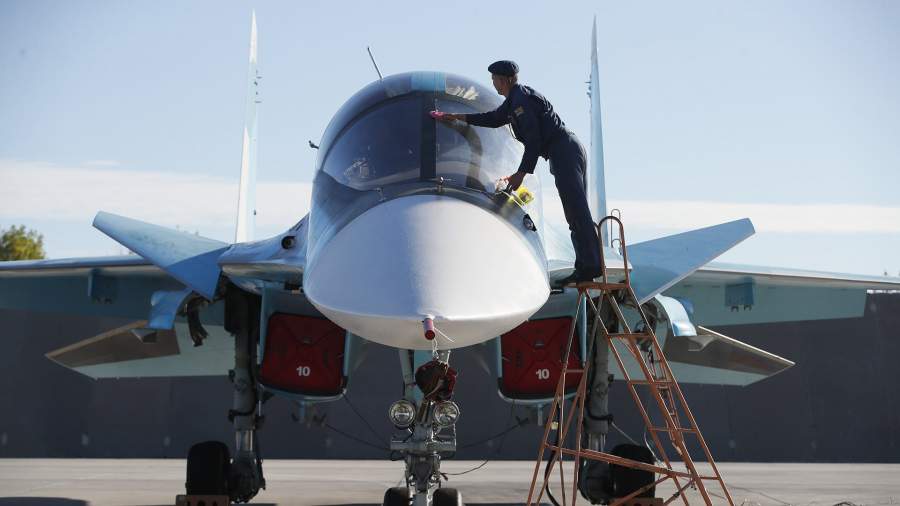 “This is a powerful high-altitude supersonic aircraft, which at an altitude of up to 15 km will be able to use air-to-air missiles when meeting enemy fighters,” he added. – The Su-34 is quite maneuverable, it can perform all aerobatics and even conduct an air battle. It is, of course, heavier than specialized fighters, and this specificity must be taken into account when training crews. If the car goes with a full bomb load, it will be difficult for him. 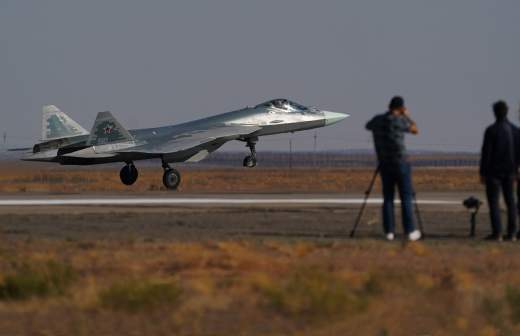 Here planes are taught to fly: how the latest Russian technology is tested Izvestia visited one of the most closed military units in Russia – the 929th State Flight Research Center

In theory, bombers should accompany fighters. In practice, the forces are not always sufficient to cover them. The Su-34 can perform a combat mission autonomously, independently defending itself against enemy aircraft. And if necessary, he can use weapons against bombers, concluded Valery Gorbenko.

The design of the Su-34 began in the late 1980s, based on the latest Su-27 fighter at that time. From it, the new bomber inherited the powerful AL-31F turbojet engines with afterburners. They allow the aircraft to overcome the sound barrier, and at high altitudes accelerate it to a speed of 1.9 thousand km / h. The vehicle received an advanced multifunctional radar station Sh-141, capable of detecting not only ground, but also air targets. In the sky, an enemy bomber or fighter-bomber transport aircraft can “see” at a distance of up to 250 km.

In addition to a wide range of conventional and guided munitions, the Su-34 is equipped with an aircraft cannon and can carry up to six short- or medium-range air-to-air missiles.

A unique feature that distinguishes the car from any other domestic fighters and front-line bombers is the cockpit that has been completely redesigned compared to the Su-27. In it, the pilot and navigator sit shoulder to shoulder. The increased dimensions gave the aircraft its characteristic appearance, for which the Su-34 received the unofficial nickname “duckling”. They also improved the comfort of the crew on long-term flights and made it possible to place a bathroom and a kitchenette on board. 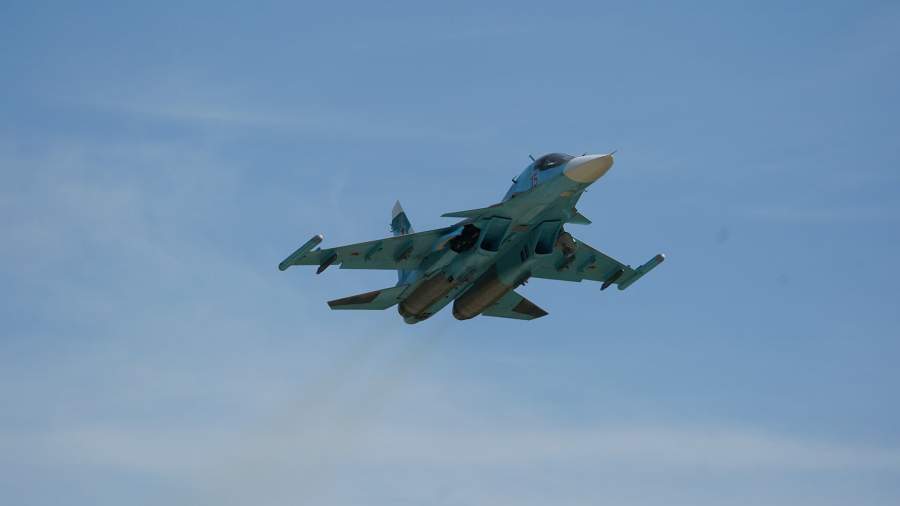 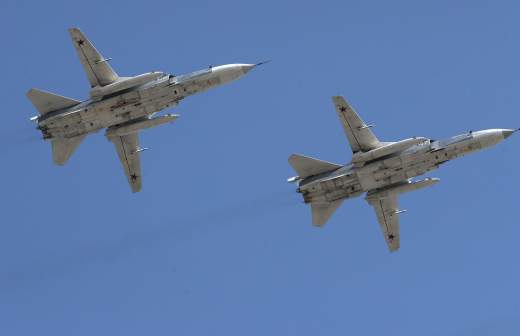 Hammer of “Hephaestus”: naval bombers will strike with special precision Su-24M of a separate assault aviation regiment in Crimea will be the first to receive the update

To attack the enemy from extremely low altitudes, the car received a serious booking of the cockpit. The total weight of the aircraft reaches one and a half tons. This is enough to protect the crew and vital units from small arms fire from the ground.

Since the beginning of the Russian operation in Syria, the Su-34 has been constantly used there. They became the main “experts” in the use of precision weapons. During the most intense hostilities against ISIS (a terrorist group banned in Russia), the number of such aircraft at the Khmeimim airbase reached 14 units at a time.

After a Turkish F-16 fighter jet shot down a Russian Su-24M over Syria on November 24, 2015, short- and medium-range air-to-air missiles were suspended under Su-34 bombers for self-defense. But soon this practice was stopped and then they were again used only in the role of shock machines.