A Russian Su-27 fighter climbed to intercept a US Air Force RC-135 reconnaissance aircraft over the Black Sea. This was reported at the National Defense Control Center of Russia on Saturday, November 28. 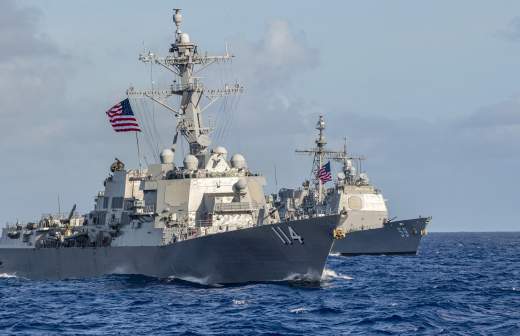 According to the center, on Saturday Russian airspace control over the neutral waters of the Black Sea detected an air target approaching the Russian state border.

To identify it and prevent violation of the state border, a Su-27 fighter from the air defense forces of the Southern Military District was raised into the air. After the American RC-135 turned from the state border of the Russian Federation, the fighter returned safely to the base.

The flight of the Russian fighter was carried out in strict accordance with international rules for the use of airspace.

“Violation of the state border of the Russian Federation was not allowed,” – quotes “RIA Novosti” the words of the message center.

On October 26, the Su-27 flew to intercept the French Mirage-2000 fighter-bombers over the Black Sea. Radar stations of the Southern Military District recorded French military aircraft approaching the Russian borders. When foreign warplanes turned away from the Russian state border, the Su-27 returned safely to its home base.