Starting this year, the Land Forces rocket scientists will closely cooperate with the Navy. Iskander-M operational-tactical complexes (OTRK) will be able to support naval operations at a distance of up to 500 km and destroy potential enemy targets with great accuracy. Such joint training has become a trend in combat training in recent years. The main target for the complexes may be priority coastal facilities and equipment: air bases, radars and command centers, experts say.

Rocket brigades of the Ground Forces, equipped with Iskander-M systems, will begin working closely with the Navy this year and support its operations with fire. The new concept will be worked out at the upcoming strategic exercises Zapad-2021, sources in the defense department told Izvestia. At the same time, large reconnaissance drones, such as the “Outpost” of naval aviation, will be able to directly provide target designation to missilemen. 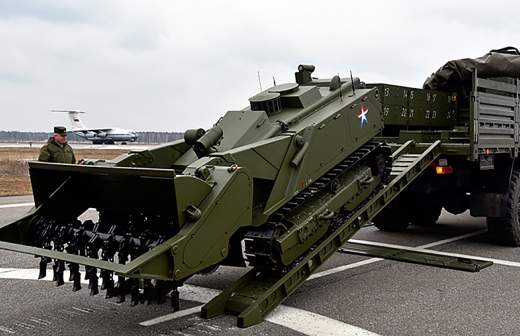 Sushi mines: robotic minesweepers began to enter the fleet The first Uran-6 complexes have already been transferred to an engineering regiment on the Black Sea

Work in this direction has already begun. Earlier, the commander of the Western Military District, Colonel-General Alexander Zhuravlev, spoke about a military-technical experiment conducted in early July 2020. The calculation of one of the missile brigades of the Ground Forces hit unnamed targets at the Central Maritime Range in the Arkhangelsk Region. In the same month, “Iskander” in exercises in the Black Sea conditionally reflected the landing of the enemy landing, helping the fleet.

Most of the Iskander-M systems are in service with the Ground Forces. The Coastal Forces of the Navy have only one of their missile brigades. It is located in the Kaliningrad region and is part of the 11th Army Corps defending the region.

In December, the head of the military department Sergei Shoigu noted that in 2021, among the priorities of combat training will be the organization of interspecific exercises. On them, the Ground Forces, the Navy and the Aerospace Forces will act jointly and under a single leadership. According to the Ministry of Defense, the number of such maneuvers has tripled over the past eight years.

Earlier, the Commander-in-Chief of the Navy, Admiral Nikolai Yevmenov, said that 20 naval tactical groups have already been created in the fleet, prepared for operations as part of interspecific groups. It was reported that a few months ago the Baltic Fleet, which will take part in the Zapad-2021 exercises, was already practicing joint actions with the 6th Combined Arms Army during command and staff maneuvers.

When operations are developed with the coastal flank of the army, the forces of the fleet are always involved and interaction is organized, said the former chief of the Main Staff of the Navy, Admiral Valentin Selivanov.

Coalition is among the leaders: long-range howitzers will be sent to the south The latest self-propelled artillery guns shoot over 70 km

– “Iskander” can work in the interests of the fleet for coastal targets. For example, the complexes that are in the Baltic reach almost all the shores of the water area, – said the admiral. – It is not necessary to send planes to bomb any objects, but you can use Iskander and the Bal and Bastion missile systems. If necessary, missilemen can also provide landing operations. After all, the landing of the Marine Corps is only the first throw. Parts of the Ground Forces are unloading behind it. And their missile brigades can be used in joint operations wherever needed.

Against ships, the Iskander will not be much more effective than the specialized Bastion-P complexes. But they can be useful against fixed targets, leading expert of the Center for Naval Analysis Mikhail Kofman told Izvestia.

To effectively defeat surface targets by OTRK, Russia now has insufficient capabilities to detect them at distances of more than 200 km. Satellite reconnaissance resources are limited. Long-range naval aviation and drones with a long flight duration are few. Therefore, it would be more expedient to use missiles against ground targets, the expert said.

“Iskander can be used for strikes against stationary and semi-stationary targets,” Mikhail Kofman explained. – For example, on radars, naval aviation bases, headquarters and communication centers, facilities well protected by air defense systems. Of course, the Caliber cruise missiles can also be used for this task. But domestic ships carry only 8-16 launchers with them. And the ground missile brigade can be quickly reloaded. And its survivability in the event of a retaliatory strike is higher. 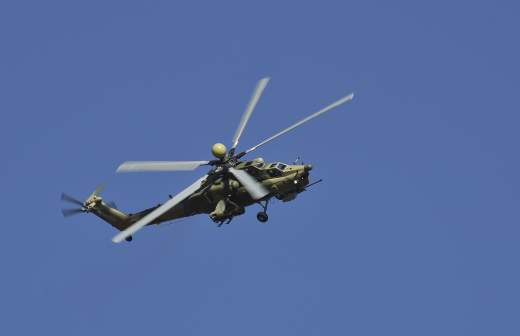 In Russia, the Iskander-M operational-tactical complexes have been in service since 2010. They replaced the outdated Tochka-U, which were inferior to them in all respects. By 2020, all the available missile brigades had switched over to new weapons, and several additional ones were formed. The total number of such formations in the Armed Forces has reached thirteen.

According to the developer – the company NPK KBM – a complete missile brigade for the Armed Forces consists of more than 50 vehicles. These include 12 launchers, 12 transport-loaders, 11 command and staff, 17 life support and auxiliary vehicles. In one salvo, the compound can launch 24 missiles.

The complex can fire two types of missiles at a maximum range of 500 km. Ballistic ones with supersonic speed fall on targets from a great height almost vertically. Winged birds fly directly above the ground, making them invisible to radar and difficult to intercept. The combination of two completely different ammunition makes it difficult to defend against them. In previous years, the United States and NATO stated that in fact these OTRKs are in service with a much more long-range version. This statement is denied by the Russian defense department.

Iskanders are precision weapons. The deviation from the aiming point, even at the maximum range, is only a few meters. This is an order of magnitude better than the previous generation of OTRKs – the Soviet Tochka-U, not to mention the older complexes such as Elbrus.

The Iskander launchers deployed by aviation to Syria hit the militants’ targets, demonstrating their accuracy in practice.