The Russian Defense Ministry plans to begin state tests of the modernized Tu-160 strategic missile carrier in 2021. This was announced on Monday, December 21, by the head of the military department Sergei Shoigu. 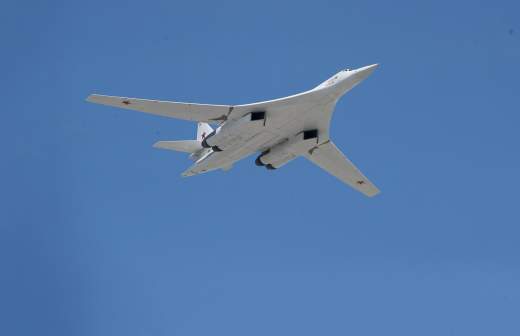 Flight personnel: why Tu-160 ended up in Venezuela Long-range aviation of the Russian Air Force entered the political arena

“In 2021, the Ministry of Defense will have to solve a number of priority tasks. <...> To start state tests of the modernized Tu-160 aircraft, ”Shoigu said at an expanded meeting of the board of the Russian military department.

In early November at the airfield. S.P. Gorbunov, the first flight of the deeply modernized Tu-160M ​​bomber took place.

In September, Russian supersonic strategic bombers Tu-160 spent a record number of hours of non-stop flight for aircraft of this class, writes Gazeta.ru.

In March, the American military magazine The National Interest wrote that the Russian Tu-160 bomber is the fastest, largest and heaviest of all such aircraft in the world. It has no design flaws, except for one thing – it does not use stealth technology.

Tu-160M ​​is a deeply modernized strategic missile-bomber based on the combatant Tu-160.