The coronavirus pandemic has accelerated the process of re-equipping troops with radiation, chemical and biological defense. The priority in procurement was given to new disinfection aerosol complexes (KDA), the tests of which have recently been completed. They are designed to decontaminate buildings and equipment, as well as personnel. During a pandemic, specialists of this type of troops can fight infection both in Russia and abroad.

Large-scale purchases of KDA started already this year, sources in the military department told Izvestia. The vehicles are supposed to be actively used not only for military purposes, but also for civilian purposes – at the request of the authorities. By the end of next year, complete sets of equipment will be delivered to separate brigades and regiments of the radiation, chemical and biological protection troops (RHBZ) of several districts, including the Southern one. 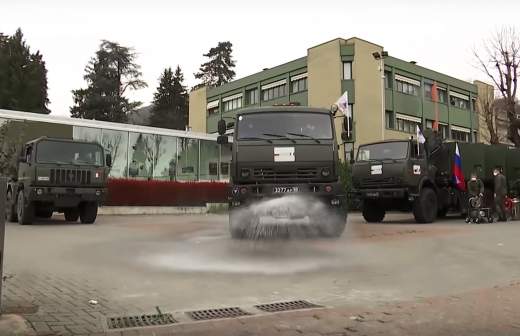 KDA is made on the KamAZ-53501 chassis and is capable of handling up to 56 units of equipment per hour or up to 90 sq. m of surfaces in buildings in a minute. The crane-manipulator installed on the machine allows disinfection of walls and ceilings up to several meters. Detachable handheld aerosol dispensers are also included. Soldiers can use them indoors or in tight spaces, and then refill them again.

The complexes are already being used at some airfields of the Ministry of Defense. With their help, in a pandemic, aerosols are used to treat people arriving from abroad, as well as cargo.

Retrofitting to KDA complexes is only part of the plans for a serious modernization of the RChBZ troops. According to their chief, Lieutenant General Igor Kirillov, by the end of 2020 the share of new and improved equipment will exceed 70%, and in five years this figure will be increased to 85%. In 2021, about 113 thousand objects with a total area of ​​more than 25 million square meters have already been disinfected. m, more than 200 aircraft and 19 thousand units of equipment. Over 10 thousand military personnel are now involved in the fight against coronavirus infection.

“Such machines have been used for a long time, but in the current situation they are in particular demand,” military expert Viktor Murakhovsky told Izvestia. – Initially they are intended for degassing, decontamination and disinfection of people, machinery, buildings, equipment, etc. They are used at facilities where the enemy has used chemical or bacteriological weapons, as well as when contaminated with poisonous substances during man-made accidents. They use not only standardized solutions, but also specialized ones aimed at disinfection or degassing. The complex is quite flexible, customizable for specific tasks. Many operations are automated.

Now such machines are very much needed, because the previous generation was developed back in Soviet times. And in the current difficult environment, this technique is especially relevant. The Ministry of Defense has recently deployed not only hospitals, but also special processing machines, both in Russia and abroad, in particular, in Italy.

During the first wave of the pandemic, the equipment of the Russian RHBZ troops was also in demand abroad. By agreement with the Italian authorities, Russia sent about 20 aerosol disinfection machines to the most affected regions of the country, as well as filling stations for road treatment. 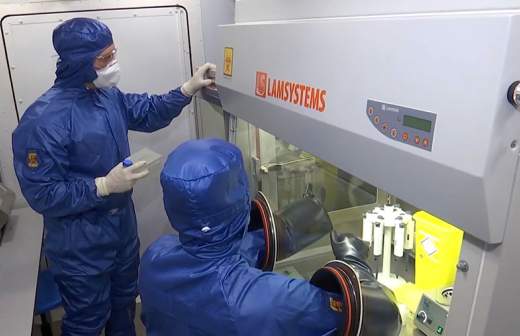 Goodwill test: Ministry of Defense deploys laboratories against COVID-19 These units are ready to move to remote communities where an outbreak has occurred

From March 22 to May 7, our specialists, together with the Italian military, worked in the Lombardy region in northern Italy. They completely disinfected retirement homes and other facilities in about 100 settlements. In addition, the newest antiviral laboratory of the RHBZ and eight teams of doctors were involved.

In early April, the Russian military flew to the aid of Serbia. There, on 11 Il-76 aircraft, 87 military doctors and specialists from the RChBZ, as well as 16 units of military equipment were transferred. For more than a month, they were engaged in the disinfection of medical facilities in the country, and also helped to work with the infected.

In addition, Russian military personnel took part in the fight against coronavirus in Bosnia and Herzegovina, Abkhazia, Armenia and South Ossetia. The Ministry of Defense noted that the experience gained abroad in the first months of the pandemic allowed the department to better prepare for the fight against coronavirus on the territory of our country.

From viruses and radiation

The development of chemical, nuclear and bacteriological ammunition made it necessary to form special troops, which should reduce the losses of the army in the conditions of the use of weapons of mass destruction. Now they are considered as dual-use forces – they can be used not only in war, but also in peacetime to eliminate large-scale man-made disasters associated with contamination of the area, as well as in the fight against infectious diseases. 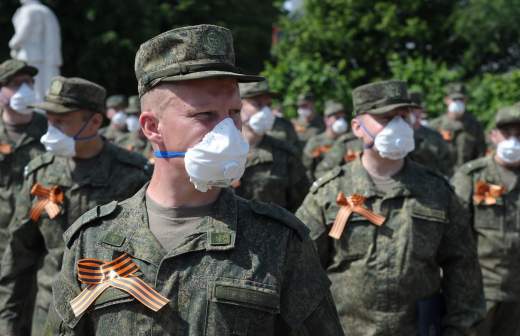 Quarantine company: “medical special forces” will help in the fight against COVID-19 Mobile groups of military doctors will be sent to fight infection in remote regions

They have already had to fight the consequences of epidemics, to act in conditions of radiation catastrophes. So, in 2016, the military personnel of the RChBZ participated in the elimination of the outbreak of anthrax in the Yamalo-Nenets Autonomous Okrug. Almost in full force, these special forces were involved in decontamination work after the Chernobyl accident, as well as in the construction of the first sarcophagus over the destroyed nuclear power unit.

One of the most important tasks of the RChBZ is the timely detection of radiation and chemical contamination of the area, pathogens. To facilitate it and increase its efficiency, the troops are now being saturated with special equipment, including reconnaissance drones and remotely controlled robots.

The main “striking force” of the RChBZ is made up of separate brigades of district subordination. These are multifunctional connections equipped with the technology for a full range of tasks. Combined-arms armies have regiments of this type of troops. Smaller units are included in the divisions and brigades.

The tasks of the RChBZ formations include inflicting losses on the enemy, as well as assisting in breaking into his defenses. To do this, they are armed with infantry jet flamethrowers “Bumblebee” and heavy tracked flamethrower systems (TOS) based on tanks with thermobaric missiles. The delivery of the newest TOS-2 “Tosochka” on truck chassis has also begun.