The Southern Military District (YuVO) will be the first to be re-equipped with the latest heavy thermobaric flamethrower systems TOS-2 or Tosochka, sources in the Ministry of Defense told Izvestia. 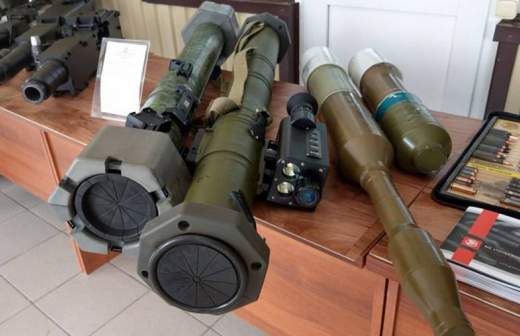 The explosive “Mix”: a new assault grenade launcher is being tested Unique weapons will become part of the Russian version of the “soldier of the future” outfit

Ammunition volumetric explosion, or thermobaric, used by heavy flamethrower systems, during the explosion create a powerful shock wave and a region of very high temperature. Against fortifications and structures, sheltered infantry, they are more effective than conventional high-explosive fragmentation shells and missiles.

TOS-2 is based on the Tornado-U armored tractor. Therefore, the novelty is capable of high-speed marches for hundreds and thousands of kilometers. It can also be easily transported by plane. Sending large quantities of the latest military equipment to the south will create a fast and agile reserve in the region, experts say.

Now the new cars are completing state tests. More mobile and accurate installations on armored trucks will displace the previous generation models designed on the basis of tanks from the troops.

All TOS-2 of the new production will go to the south of Russia, where in three to four years they will completely replace the tracked heavy flamethrower systems TOS-1 “Buratino” and TOS-1A “Solntsepek”, sources in the defense department told Izvestia. Now the battalion, armed with such combat vehicles, is part of the radiation, chemical and biological protection brigade (RHBZ) of the Southern Military District. There is also a TOS company in the RChBZ regiment of each of the three combined-arms armies of the district.

“Tosochka” for burning: the south of Russia will be protected by thermobaric flamethrowers