Within the framework of the Caucasus-2020 exercise, several detachments of unmanned aerial vehicles were combined into a single control system. The drones operated thousands of kilometers apart. At the same time, all groups were controlled by one headquarters in real time. The UAVs not only conducted reconnaissance, but also interfered with the communications of the imaginary enemy, and also physically destroyed targets. Such an unmanned “flock” is capable of taking under surveillance an area of ​​thousands of square kilometers. According to experts, the effectiveness of combat control with the new system will increase by 40-50%.

As sources in the Ministry of Defense told Izvestia, one of the elements of the new system’s work was the group launch of 10 Orlan-10 drones at the Prudboy training ground. Then the group flight of the UAV “flock” was demonstrated at the final part of the maneuvers at Kapustin Yar in the presence of Vladimir Putin and Sergei Shoigu. About 50 complexes “Orlan”, “Tachyon”, “Eleron”, “Zastava” and “Outpost” were used there.

Following the results of the Caucasus-2020 exercise, the commander of the Southern Military District, Army General Alexander Dvornikov, told reporters that his district was transferred to an automated command and control system for troops and weapons, and the entire Russian group that took part in the maneuvers operated under its control. 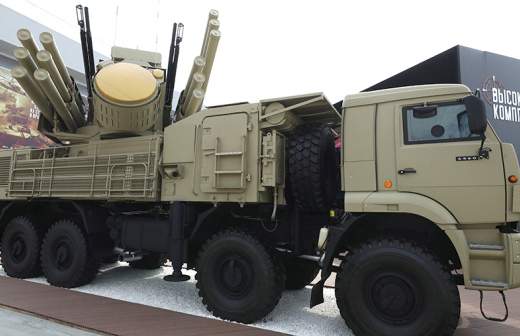 At the Army-2020 forum, the head of the defense department reported that there are now about 2 thousand unmanned systems in service. According to Sergei Shoigu, this year there has been a real breakthrough in domestic unmanned aircraft and robotics. He promised by the end of 2020 to conclude new contracts for large series of UAVs and noted that we are talking about next-generation systems associated with the use of modern technologies.

A new method of using drone squads was introduced based on the experience of military operations in Syria, military expert Viktor Murakhovsky told Izvestia.

“Thanks to such a system, information in real time comes from different frontiers and different reconnaissance equipment installed on drones,” the specialist said. – There were 12-15 UAV complexes in Syria at the same time, and they transmitted data about the entire operational depth of the enemy’s defense. This information can be used for strike assets – aviation, artillery, missile forces, and for maneuvering ground units. The peculiarities of hostilities there are such that it was required to confirm the target from several sources, so that there was no doubt: this is the object of terrorists. Information from drones was one of the key ones.

According to the expert, the effectiveness of combat control with the new system will increase by 40-50%.

– Before the massive use of drones, the decision to use fire weapons could take a long time. While the information reached the appropriate structure, it was often too late. The target left or turned out to be hidden due to weather conditions, – said Victor Murakhovsky.

Unmanned aerial vehicles play a key role in the construction of reconnaissance-strike and reconnaissance-fire contours in the Russian troops. The Ministry of Defense reported that their use in combination with automation equipment made it possible to reduce the time from target detection to destruction from a few hours to a matter of minutes. 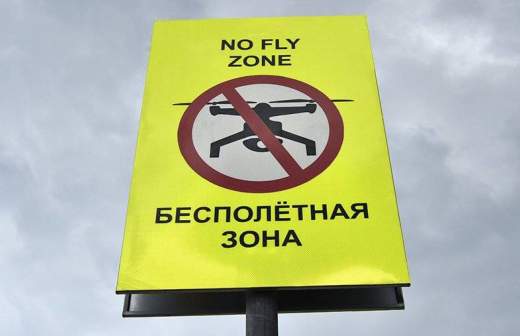 Drones are now included in the staff of artillery and missile brigades. Units armed with Iskander complexes are also equipped with them. The exercises are constantly practicing target detection and determination of their coordinates. Then the data is transmitted to the artillery fire control points. UAV operators control the results of artillery fire and correct it.

In Syria, the joint use of the new Orlan-30 drones with the corrected 152-mm Krasnopol projectiles was also tested. The drones detected enemy targets and illuminated them with a laser designator for ammunition. Accuracy made it possible to hit not only a detached building, but also militants’ vehicles that made a short stop.

Most Russian drones can only operate within direct radio line of sight at a distance of no more than 250 km from the ground control station. The new generation of long-range attack UAVs is equipped with a satellite communication channel, which makes their range limited only by the fuel supply. For modern, smaller vehicles, the Ministry of Defense is experimenting with relaying signals to increase the range. In this case, the repeater is most often another drone of the same type.

Most of the 2,000 drones in the Russian Armed Forces are part of the Ground Forces. These are small unarmed models weighing up to 18 kg. Their most common representatives are Orlan-10 and Eleron-3. They take video and photographs, correct artillery fire and interfere with radio stations and cellular networks. 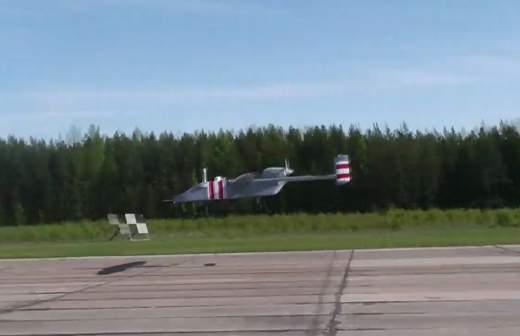 In the spring of 2020, the troops received the first set of Orion shock drones. Weighing just over a ton, the device has completed a cycle of state tests and passed a combat test in Syria, using weapons there against terrorist groups.

Previously, the largest of the Russian drones was the 454-kilogram Forpost, produced under an Israeli license. Such drones are in service with the naval aviation and the Russian Aerospace Forces. The devices capable of staying in the air up to 5 pm were in great demand in Syria for reconnaissance and monitoring the results of strikes. Now they are developing a fully localized version using only domestic components.

A larger seven-ton percussion “Altius” is also at the stage of creation. The program of this UAV, which began in 2011, faced difficulties, including corruption scandals due to the withdrawal of funds allocated for it abroad. Now the development has been transferred to another company, the tests have been resumed.

At an early stage of flight tests is the Sukhoi’s 20-ton unobtrusive Hunter. The unmanned vehicle will become a full-fledged replacement for manned bombers and will be able to use all the same types of weapons as they do.

The Kavkaz-2020 strategic command post exercise was held in southern Russia from September 21 to 26. They involved 80 thousand people from the Ministry of Defense, the National Guard and the Ministry of Emergency Situations. Up to 250 tanks, up to 450 infantry fighting vehicles and armored personnel carriers, 200 artillery systems and multiple launch rocket launchers took part in the practical actions of the troops at the ranges.