Russian Defense Minister Sergei Shoigu opened the Single Day of Military Acceptance of Military Products with a minute of silence in memory of Vasily Lanov, People’s Artist of the USSR. 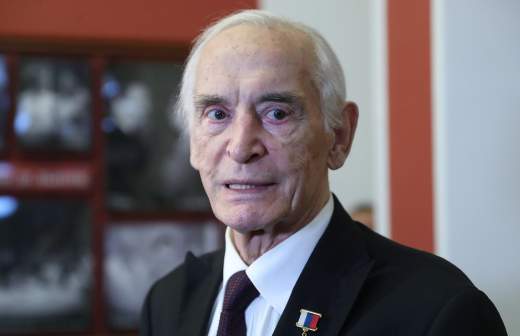 “Vasily Semenovich is a man who, with his work, personified the best features of the officers of both the Soviet Union and Russia,” the Zvezda TV channel quotes the head of the department on Friday, January 29.

Shoigu stressed that Lanovoy was a member of the Public Council under the Ministry of Defense of the Russian Federation. He also noted the actor’s contribution to the patriotic education of the younger generation.

“He spoke in our teams, he constantly participated in all our events, thereby making a significant contribution to raising the level and moral and psychological state of the Armed Forces. And the most important thing is to raise the patriotic spirit of both young and established officers, ”the Minister of Defense said.

Lanovoy died on January 28 at the age of 88 due to COVID-19. He was hospitalized with coronavirus in early January.

Farewell to Lanov will be held at the Vakhtangov Theater on February 1. The actor will be buried at the Novodevichy cemetery.

Lanovoy was born on January 16, 1934 in Moscow. He had a theatrical education, began acting in films while still studying. Served at the State Academic Theater. E. Vakhtangov, and also starred in films. He performed roles in the films “Scarlet Sails”, “War and Peace”, “Officers”, “Seventeen Moments of Spring” and others.