Russian Defense Minister Sergei Shoigu congratulated on Thursday, December 31, servicemen and veterans with the coming New Year. The appeal was published on the website of the defense department. 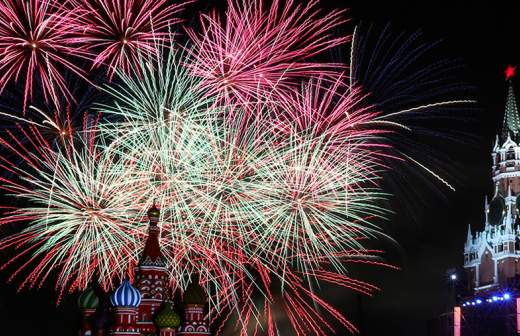 They wish everyone: the epidemic generalized the dreams of Russians What our compatriots will guess to the chimes

The head of the Ministry of Defense drew attention to the fact that the pandemic “abruptly changed the usual way of life,” but as a result, the fight against it only brought people closer together.

“We have taken another step forward. The Russian army has become even more modern and technologically advanced. Today it is able to give a worthy response to any threats, to protect the sovereignty of the country and the peaceful life of its citizens, ”he said.

The development and strengthening of the Russian army, Shoigu called the merit of all those who honestly and responsibly fulfill their official duties, work conscientiously in the interests of strengthening the country’s defense capability and multiply the glorious traditions of the generations of winners.

“We sacredly honor the feat of the veterans who saved the world from Nazism. We will continue to rebuff everyone who is trying to distort our history, to belittle the contribution to the Great Victory. The kindest wishes to those who serve on a combat post on holidays, defend the national interests of Russia outside its borders, and carry out peacekeeping and humanitarian missions. Sincere gratitude to our military medics, builders, RCB protection troops. You are still at the forefront today, ”the minister emphasized.

In conclusion, Shoigu wished the servicemen health and well-being, as well as that the coming year would bring them happiness and good luck, and gave them the joy of meeting with friends and family.

Earlier, on December 25, the head of the military department took part in the “Wish tree” action. The Minister of Defense took a postcard from the tree with a request from 15-year-old Evgeny from Moscow, who dreams of a graphic tablet, and promised to fulfill the boy’s dream.