The North Atlantic Alliance plans to transfer an additional contingent of American troops to Poland in the near future. This was announced on September 5 by Russian Defense Minister Sergei Shoigu at the end of the International Army Games – 2020 (“ARMI-2020”). 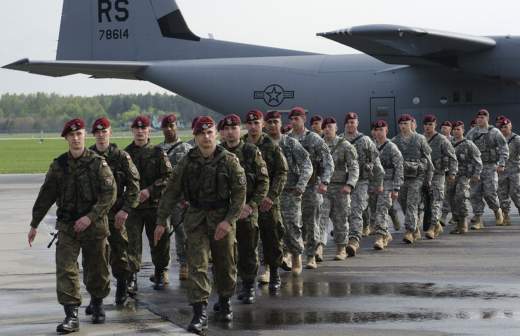 “In the near future, it is planned to transfer additional American units to Poland,” the head of the TASS Ministry of Defense is quoted as saying. According to Shoigu, the number of NATO troops in Eastern Europe has already exceeded 10 thousand. near the Russian borders has almost doubled.

On August 15, Poland and the United States signed an agreement to intensify military cooperation.

The document was signed by US Secretary of State Mike Pompeo and the head of the Polish Ministry of National Defense, Mariusz Blaszczak. The signing ceremony took place at the presidential palace in the presence of Polish leader Andrzej Duda.

Under the agreement, 1,000 US troops will be deployed from Germany to Poland, where about 4,500 US troops are currently stationed.