Russian Defense Minister Sergei Shoigu announced December 30 and 31 as days off for military personnel. On this subject, he made a statement on Friday, December 25, during a conference call. 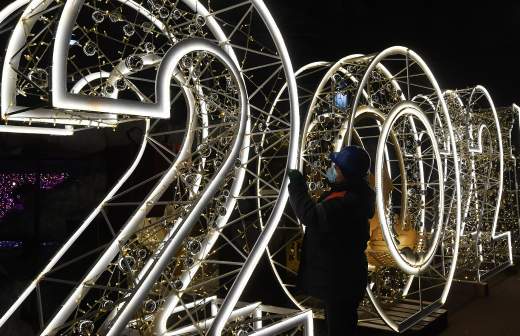 A holiday with a distance: what restrictions are imposed by the regions for the New Year Mass events will be canceled or transferred online, but most often the authorities do not plan to refuse tourists

“I have made a decision to provide the personnel of the Armed Forces with rest on December 30 and 31. Instead, we will work on December 26 and January 16, ”Shoigu said.

He explained that the decision was made due to the fact that “the outgoing year was difficult, more than once put the Armed Forces in the face of serious challenges, tested their resilience.”

The head of the Ministry of Defense asked to issue an appropriate decision in the prescribed manner, and also demanded to ensure the necessary level of combat readiness and the maintenance of law and order and military discipline in the troops.

In addition, during the meeting, the minister noted that the country’s Armed Forces achieved all goals in 2020 in full, and more than 18 thousand surprise inspections and exercises showed an increase in the readiness of the Russian Armed Forces to perform their tasks.

On December 23, Russian President Vladimir Putin supported the proposal to make December 31, 2020 a non-working day in the country. The head of state noted that the work on December 31 is “very peculiar” in nature, and according to the current law, it is impossible to declare a day off at the federal level in such a short time. In this regard, the President called on the regions to make an appropriate decision.

The day before in the Moscow region, December 31 was declared a day off with the preservation of wages. Earlier on the same day, the Republic of Komi, Yakutia, as well as Ivanovo, Novosibirsk and Sverdlovsk regions, Chukotka, Krasnoyarsk and Primorsky regions announced a similar decision. So far, only a few regions have not come to a decision on the day off, for example, Kuban is planning to work on December 31.