The newest small missile ship (MRK) “Green Dol” of the Buyan-M project successfully fired in the White Sea. On Wednesday, September 9, Izvestia informed the Russian Defense Ministry about this. 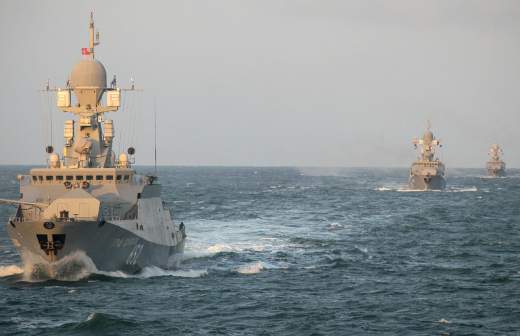 Buyan cannot be appeased: the Caspian fleet is heading for the Baltic A small missile ship will take part in the main naval parade in St. Petersburg

A press release from the military department says that in order to participate in the exercises of the Northern Fleet, the ship traveled through the country’s inland waters from the Baltic Sea to the Arctic, where it successfully conducted a combat launch of the Kalibr cruise missile, hitting a coastal target at the Chizha training ground.

According to experts, the past exercises are extremely important for the security of Russia. Now you can, if necessary, strengthen the northern direction with small ships with ammunition “Caliber” and “Zircon”. This is especially relevant in the context of the possible deployment of NATO anti-missile defense forces in the region of Norway and the build-up of the US military potential in the Arctic, the specialists of the ministry explained.

Before that, it was not known whether the Buyans, with their small size, would be able to operate in the weather and hydrographic conditions of the Arctic zone. The exercises demonstrated that all the tasks were completed.

Earlier, the Russian fleet did not practice the transfer of ships from one direction to another along internal routes, military historian Dmitry Boltenkov told Izvestia.

“These maneuvers give the Navy great opportunities to concentrate forces in one direction or another in the event of a threat. <...> If necessary, small ships can be sent to the Northern Fleet not only from the Baltic water area, but also from the Caspian Sea, ”the expert said.

MRK “Zeleny Dol” project 21631 “Buyan-M” has a displacement of 850 tons and is designed to destroy sea targets in the coastal zone. It carries eight launchers for cruise missiles of the “Caliber” type or anti-ship “Onyx”, as well as artillery weapons.

As previously, on August 26, Izvestia reported, the Russian Baltic Fleet will receive a Project 21631 Buyan-M small missile ship by the end of 2020.

Three representatives of the series serve in the Caspian and the Black Sea. There are two of them in the Baltic so far – “Zeleny Dol” and “Serpukhov”. The ship Grad, laid down in 2017, will become the third Buyan in the Baltic Fleet.

Small in the North: the Buyan-M missile ship has successfully passed the test