The Russian fleet will receive another “all-seeing” corvette. In summer, the “Sharp” battleship will leave the dock in the sea. It is expected that its sea trials will begin in the fall. Sharp is a Project 20380 corvette built according to an updated scheme. Thanks to a strong radar station and a long-range air defense system, the ship will become one of the most powerful in the Pacific Fleet (PF). However, the place of its basing has not been determined yet. According to experts, “Rezkiy” can strengthen the grouping in Primorye and the Kuril region. However, it is not excluded that he will go to Kamchatka, where he will defend strategic submarine missile carriers.

Sources in the military department told Izvestia that the schedule of work on the completion, testing and transfer of the newest corvette of the project 20380 “Sharp” to the fleet has now been approved. The ship under construction for the Pacific Fleet will go to sea from the dock of the Amur Shipyard (ASZ) this summer. In the fall, a full cycle of tests will begin on it, during which all weapons will be tested on the corvette with practical firing at sea, ground and air targets. They will test the operation of engines, all components and assemblies, communication equipment. The possibility of landing on the deck of the Ka-27PS helicopter will be tested. Only after that the ship will be accepted into the fleet. 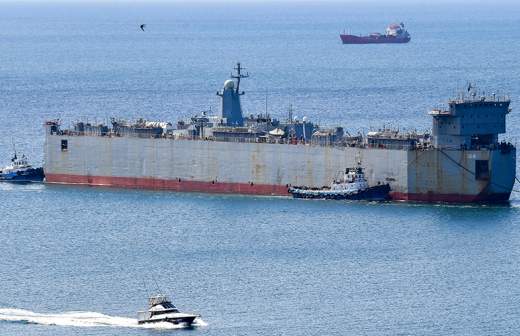 The seventh went: the “all-seeing corvette” went to Vladivostok The new ship of project 20380 “Aldar Tsydenzhapov” will strengthen the Primorskaya fleet grouping

The task has been set to hand over the ship by the end of 2021, the interlocutors told Izvestia. The base location for him has not yet been determined.

“Sharp” is being built according to the updated project 20380, with improved capabilities for the detection and destruction of air targets. It will become the fourth corvette of this project in the Far East. But, unlike previous ships, he received a powerful Zaslon radar, which is capable of detecting not only aircraft and helicopters, but also cruise missiles, drones and even artillery shells. So far, only the predecessor of the Rezkiy, the Hero of the Russian Federation Aldar Tsydenzhapov corvette, and Project 22350 frigates have the Zaslon.

“If the ship is based in Vladivostok, it will have to serve in the Sea of ​​Japan, guard the approaches to the Russian shores and from time to time participate in international exercises,” military expert Vasily Kashin told Izvestia. – And if the corvette is assigned to Kamchatka, it will solve the most important task: to ensure the exit of strategic missile-carrying submarines based on the peninsula to the sea.

The peninsula needs ships with powerful detection systems, because without them we can devalue the component of our strategic nuclear forces located there, the expert believes. The most important task in the region is to ensure that American submarines do not penetrate into the basing areas and on the routes for the advancement of domestic nuclear submarines. If necessary, the ships of the project 20380 can patrol near the Kuril Islands.

“The corvettes of the modernized project 20380 Guarding are the most modern ships in the Pacific group,” military historian Dmitry Boltenkov told Izvestia. “They are well armed, efficient, maneuverable and have already proven themselves to be reliable and efficient. Now they are equipped with a powerful long-range radar system, the characteristics of which make it possible to detect even flying artillery shells. Last year, two representatives of the series – “Perfect” and “Loud” – made a long trip, walked half the world – this is a clear indicator of their running characteristics. 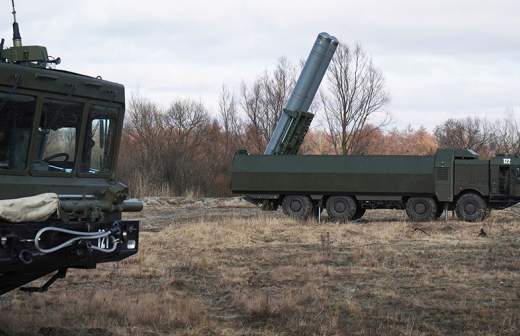 Defense in the Pacific: a new military formation will provide protection of Sakhalin Now the eastern shores of Russia will be completely covered with missile systems

The total displacement of the ships is 2.2 thousand tons. For its small size, the corvette is well armed. Its main striking force is eight Kh-35U “Uran” anti-ship cruise missiles with a firing range of up to 260 km.

Air defense on Tsydenzhapov and Rezkom is provided by the Poliment-Redut air defense system, which replaced the Kortik missile and artillery complex. Its state-of-the-art active phased array radar and 12 missile slots have increased the range from 10 km to 150 km. In the future, it is possible to use small-sized missiles 9M100. Their range has been reduced to 15 km, but the ammunition load can be increased to 48 pieces.

In addition to missiles, the ship is protected by two rapid-firing 30-mm gun mounts AK-630 and an A-190 gun of 100 mm caliber. To combat submarines, the corvette is equipped with two small-sized torpedo tubes of the “Packet” complex.

Two domestic diesel engines with a capacity of 12 thousand horsepower each provide the ship with a maximum speed of 27 knots. The cruising range reaches 4 thousand nautical miles.

On the basis of “Guarding”, a modernized project 20385 “Thundering” was developed. Its main difference is the installed launchers for the Kalibr-NK cruise missiles instead of the Kh-35 Uranus anti-ship missiles. In this form, corvettes are transformed into multifunctional units capable of striking not only at sea targets, but also on land. Both laid ships of this type are intended for the Pacific Fleet.

At the end of last year, the Far Eastern sailors received a serious replenishment. In December, not only “Hero of the Russian Federation Aldar Tsydenzhapov” was admitted to the Pacific Fleet, but also “Thundering” – the lead corvette of Project 20385 with “Caliber” missiles. 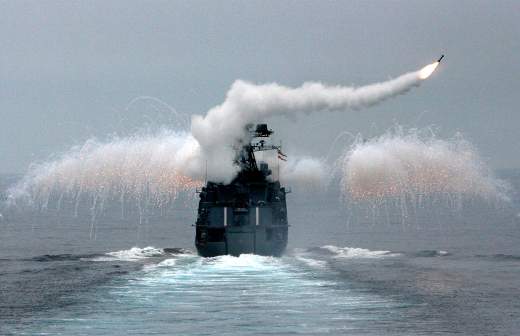 The Pacific Fleet’s deliveries of new corvettes were only part of the plan for its large-scale renovation. In the coming years, the Pacific Fleet will be replenished with one more “Thundering” -class corvette. And besides “Rezky”, a series of six small missile ships of Project 22800 “Karakurt” with “Caliber” missiles is being built at the ASZ in Komsomolsk-on-Amur.

Last year, a deep modernization of the Marshal Shaposhnikov BPK was also completed. After the addition of anti-ship and cruise missiles and the strengthening of air defense, the former anti-submarine ship changed specialization and is now officially re-qualified as a frigate. It turned into a powerful strike unit of the Pacific Fleet, capable of fighting surface and land targets.

For the first time, the fleet was replenished with a modern anti-mine ship. At the end of 2020, the base minesweeper Yakov Balyaev was accepted into its composition. Another “plowman of the sea” of this type is now being built for the Pacific Fleet.

The submarine forces of the Pacific Fleet will be replenished with a series of six Project 636.3 Varshavyanka diesel submarines. Two of them have already been admitted to it. New nuclear submarines will also come to the bases of the Far East. The arrival of Boreyevs and multipurpose Yasenei armed with ICBMs is planned.