Self-propelled artillery mounts “Sprut-SDM1”, which are not inferior in terms of firepower to tanks, will soon enter the formations of the Russian Airborne Forces. This was reported to Izvestia on December 6 by the Russian Ministry of Defense. 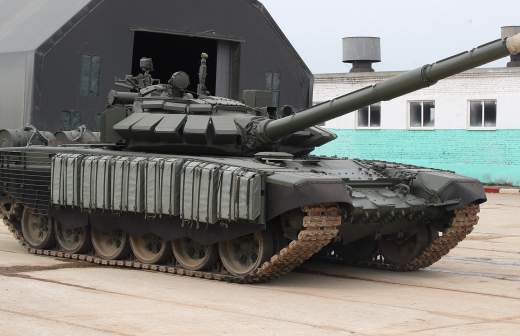 The military department reported on the decision taken on the purchase of “Octopus”, but did not specify in what quantity and in which formations the equipment will be supplied – this issue is still being worked out. However, it was noted there that starting next year, the training of the commanders of the Sprut installations will begin at the 242nd Airborne Training Center.

The basic version of the vehicle – “Sprut-SD” – was put into service in 2006. It was produced on the BMD-4 chassis. However, in 2010, the leadership of the Ministry of Defense abandoned the technology. The first installation was criticized for its poor design and weak armor, which only protects against bullets.

“Sprut-SDM1” is a fundamentally new technique, unified with the newest BMD-4M, noted in the Ministry of Defense of the Russian Federation. More powerful protection has been developed for the upgraded vehicle, which will increase its survivability on the battlefield. The product is fully integrated with a digital fire control system, which not only increased the accuracy of shooting, but also made it possible to fire at low-flying and low-speed targets – for example, enemy helicopters and unmanned aerial vehicles.

The vehicle, capable of overcoming water obstacles and landing from an aircraft, is armed with the same 125-millimeter cannon as all main tanks with a full range of ammunition, said military expert Alexei Khlopotov.

But in the current modification, the vehicle has a completely redesigned fire control system, a thermal imaging sight has been installed, due to which the fire capabilities have become the same as those of the newest tanks – in fact, the Sprut-SDM1 is a light amphibious tank.

Airborne operations, in the formations of which they will enter, will be much more efficient, experts noted. This technique is indispensable in areas where there are many water obstacles. No one has such machines capable of landing and swimming, the expert noted.

Read the details in the exclusive material from Izvestia: