Russian peacekeeping units will appear in 2021 in each military district, sources in the defense department told Izvestia on November 30. 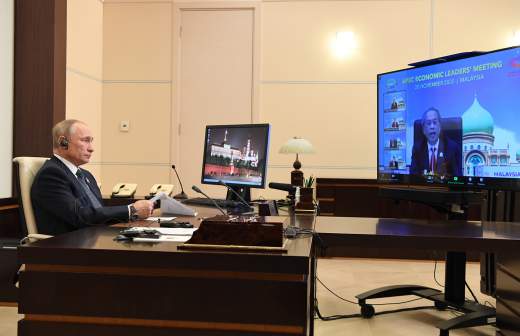 Well-coordinated concern: Putin praised the work of Russian peacekeepers The President held a meeting on the situation in Karabakh and took part in the APEC summit

By the end of this year, a new organizational and staff structure and its number will be approved. The general parameters have already been determined, at the moment the technical details are being worked out.

In each of the military districts (now there are four of them, from 2021 the Northern Fleet will receive the status of the fifth) one motorized rifle battalion, an aviation squadron, an engineer-engineer company and a medical detachment will begin to train peacekeeping activities.

Also, one battalion of marines in the Western, Southern and Eastern districts will fall into the category of peacekeepers, and an airborne assault battalion in the Northern Fleet.

Now the fully contractual 15th separate motorized rifle brigade of the Ground Forces (peacekeeping) and the 31st separate airborne assault brigade of the Airborne Forces, two battalions of the military police of the Southern Military District and a special medical unit of the Burdenko hospital specialize in performing such tasks. These are parts of constant combat readiness that can be transferred to the desired place in a matter of days, the military department noted.

Experts note that they can be deployed in conflict zones much faster than UN contingents, which was demonstrated in Nagorno-Karabakh.

Peacekeeping: parts of “blue helmets” will appear in each military district