The Russian peacekeepers who arrived in Armenia unloaded and formed columns for a march to the concentration area in Nagorno-Karabakh, the Russian Defense Ministry reported on November 11. 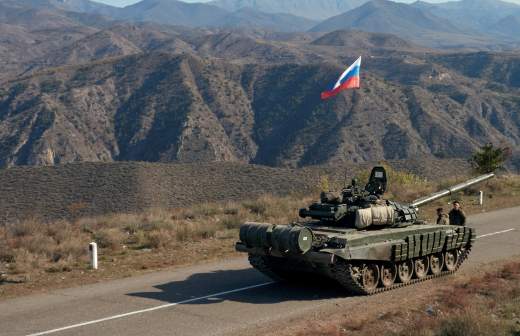 Creation of the world: how the military contingent from the Russian Federation will change the situation in Karabakh The deployment of the Russian command center in the NKR will be completed by the night of November 11

To date, 20 Il-76 military transport aircraft with servicemen of the 15th peacekeeping brigade, command and equipment have already arrived in Armenia. In total, 400 troops from 1960 have been transported to the region to be deployed in Karabakh.

The Ministry of Defense noted that for the march, equipment and weapons were serviced and tested for readiness to move in mountainous areas.

“After agreeing on the routes of advancement, the Russian peacekeepers will start marches to the areas where peacekeeping missions are being carried out,” the defense ministry added.

The columns will have to travel more than 250 km, take positions and set up observation posts along the line of contact and along the Lachin corridor.

On November 9, Russian President Vladimir Putin, Armenian Prime Minister Nikol Pashinyan and Azerbaijani President Ilham Aliyev signed a statement on the cessation of hostilities in Karabakh from November 10. The agreement provides for the introduction of Russian peacekeepers into the region, the exchange of prisoners between the parties to the conflict and the return of refugees to Karabakh.