A brigade armed with the latest Buk-M3 and Buk-M2 anti-aircraft missile systems will appear in the Southern Military District. The formation will be included in one of the combined arms armies stationed in the south of the country, sources in the Ministry of Defense told Izvestia. Earlier, military air defense units tried to equip with one type of equipment. 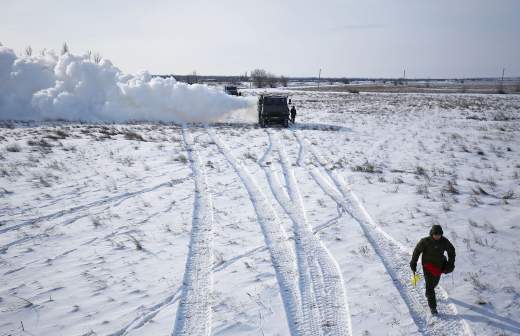 “According to the plans, such anti-aircraft missile brigades should be in every army, but the industrial capacity does not allow to instantly re-equip everyone,” military expert Viktor Murakhovsky told Izvestia. According to him, in addition to the air defense system, the brigade includes control vehicles, logistics, repair, etc.

As he added, upon receipt of new complexes, the division is allowed the option when the brigade will have a mixed composition: some of the units on the Buk-M3, and the rest – on the Buk-M2.

According to the general director of the Tikhomirov Research and Development Institute, where the Buk-M3 was developed, there are no analogues to it among medium-range mobile air defense systems in the world. The battalion of modernized “Buks” can simultaneously fire at 36 objects. Previous versions had only four missiles ready for launch.

The missiles for them have also been upgraded. A new version 9M317M was developed especially for Buk-M3. But the main advantage is the high automation of the complex.

In addition to the Buk-M3, other modernized models of air defense equipment are being developed for the ground forces.

“Bukovaya” alley: a new anti-aircraft brigade is being formed in the south of the country