Russian military personnel arrived in the capital of South Ossetia, the city of Tskhinvali, to deploy a multidisciplinary medical hospital, according to the website of the Southern Military District on Wednesday, October 28. 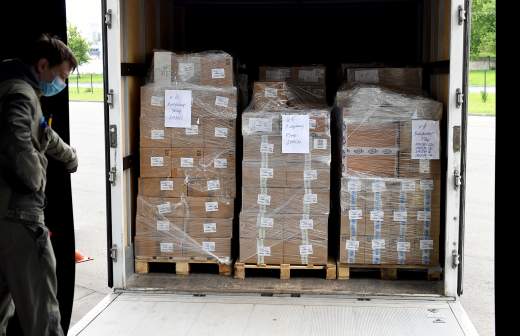 Viral package: money and medical commissions will be sent to COVID-19 problematic regions Federal control initiated by the President will help correct the situation in the regions, experts say

The field medical unit includes more than 130 servicemen and 37 units of special equipment.

“The personnel of a mobile multidisciplinary hospital of one of the units of the Western Military District, having made a march on standard equipment with a length of about 2000 km from the Moscow region, arrived in Tskhinval,” it was reported.

The hospital is intended for inpatient treatment of patients with coronavirus and consists of an admission and triage, hospital, infectious and sanitary-epidemiological department, as well as an anesthesiology and intensive care unit.

“For carrying out medical and diagnostic measures, the hospital is equipped with artificial ventilation devices, ultrasound, monitors for intensive observation of patients, X-ray machines, blood analyzers and a PCR laboratory,” the department says.

Defense Minister Sergei Shoigu set the task of quickly deploying a mobile hospital in South Ossetia to help the population of the republic on October 22.