Over the past day, Russian peacekeepers have cleared about 12 hectares in Nagorno-Karabakh, according to the website of the Russian Ministry of Defense on Sunday, December 13. 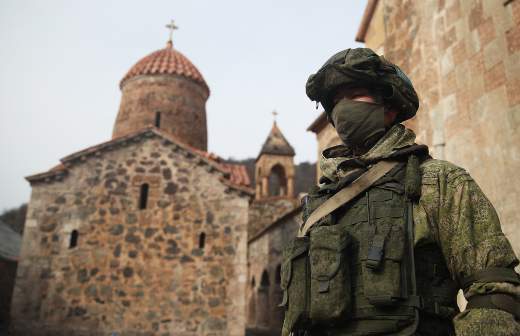 Save the temple: the Russian Federation is ready to cooperate with UNESCO in monitoring the NKR monuments However, Russian peacekeepers will not be able to protect all the objects of religious heritage in Karabakh

It is noted that the military carried out engineering reconnaissance and demining in the area of ​​the Stepanakert airport, household plots and private houses, as well as around the poles of power lines.

130 buildings were examined, 172 explosive objects were found and removed for destruction.

“In total, engineering departments in Nagorno-Karabakh have cleared more than 150 hectares of terrain, about 32 km of roads, discovered and neutralized 4,760 explosive objects,” it was reported.

Earlier, the defense ministry said that on Saturday more than 630 refugees, accompanied by Russian peacekeepers, returned to their homes in Nagorno-Karabakh.

On December 12, the Ministry of Defense reported the first case of violation of the ceasefire since the end of hostilities and the start of the Russian peacekeeping operation in Karabakh, recorded in the Hadrut region.